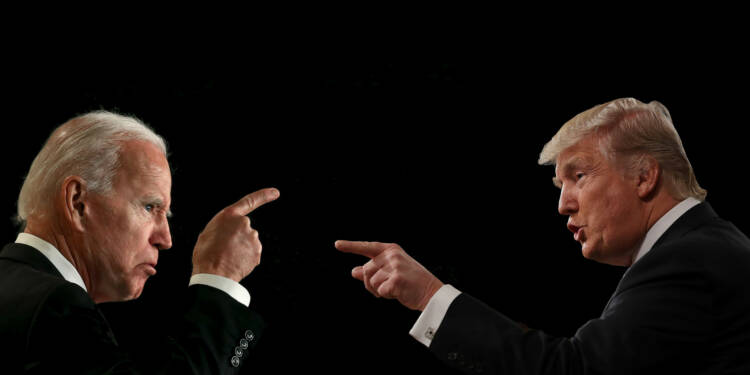 Biden was making every possible attempt to reverse Trump’s Western Sahara policies that had managed to bring peace between longtime foes- Algeria and Morocco.

But, guess what, Trump’s policies continue to shine, and Biden’s sabotage attempts have now been rendered ineffective. How? Let’s find out.

Algeria recalls its Ambassador from Madrid

Algeria has reportedly recalled its Ambassador from Madrid in protest of the latest declaration by Spain, supporting the Moroccan autonomy plan for disputed Western Sahara.

Morocco considers Western Sahara to be a part of its territory. However, Algeria disputes Morocco’s claims and backs a separatist group in the region called the Polisario Front movement.

Till now, Spain had maintained a position of neutrality in the matter. Spain is considered an important player in Western Sahara because the resource-rich region was once a Spanish colony.

This is why Algeria has been left stunned by Spain’s latest announcement. On Friday, Spain’s Foreign Minister Jose Manuel Albares described Morocco’s proposal as the “most serious, realistic and credible basis” to end the prolonged conflict between Algeria and Morocco.

A statement published by Algeria’s official media described Spain’s new position as an  “abrupt about-turn”. However, despite Algeria’s reaction, it seems that Morocco is getting diplomatic support on the issue.

So, you might be thinking- how do Trump and Biden come into the picture?

Well, in 2020, Trump had brokered a peace deal between Morocco and Israel. What did Morocco get in return? The Trump administration recognized Moroccan sovereignty over Western Sahara.

Read more: ‘Trump had their back and now they will have his,’ President Trump’s efforts for the Jewish community will pay off

Trump had managed to cool down the situation by recognising Morocco’s claims over Western Sahara. A decades-old dispute was more or less resolved.

However, after coming to power, Biden tried to reverse Trump’s policy at an unofficial level. With soft signals, he emboldened Algeria and its militias in the disputed region.

Biden’s policy was to isolate and ostracize Morocco while bringing Algeria to the mainstream. This is why Biden was also seen promoting Algerian natural gas as a substitute after the Russia-Ukraine war broke out. The idea was to project Algeria as a partner of the Western world.

Spain has defended its stance on the Moroccan Sahara issue, emphasising that Madrid’s support for Morocco’s Autonomy Plan is “in the interests of Spain, its security, domestic policy, and stability.” Thus, with diplomatic support leaning in its favour, Morocco may soon emerge as the victor in the long-running Moroccan Sahara dispute.

Morocco’s hold on the region will improve if its disputes are resolved. This in turn would lead to the region’s resources being better utilised. Morocco’s economy will be strengthened.

Furthermore, it has been boosting its military capabilities. The recent memorandum of understanding (MoU) on military cooperation with Israel exemplifies this.

Spain’s decision shows that Morocco’s sovereignty over Western Sahara is being respected in line with the arrangement that Trump had created.

At an official level, even the Biden administration hasn’t been able to junk Trump’s decision. This is why the US Deputy Secretary of State Wendy Sherman too said, “We continue to view Morocco’s autonomy plan as serious, credible and realistic.”

Meanwhile, Israel has kept strengthening its relations with Morocco, in pursuance of the Trump-era normalization agreement between the two countries. And now, if Morocco’s sovereignty over Western Sahara is firmly established, then the North African country will also benefit from rich phosphate resources and access to the Atlantic fishing waters.

Morocco’s economic fundamentals are thus getting strengthened and they are vitalized at the expense of Biden’s policies.