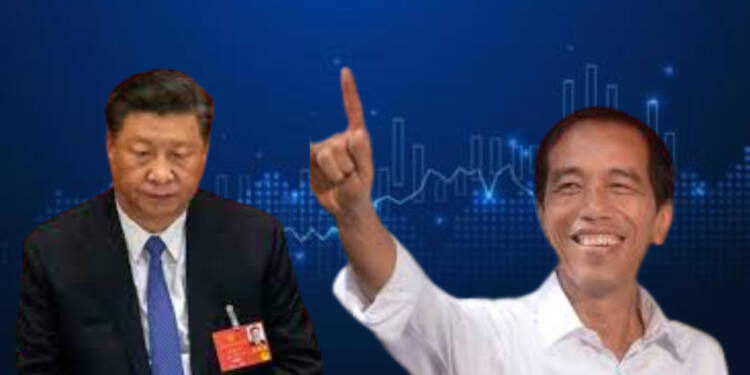 Re-election of Xi Jinping: Last week, Xi Jinping won a third term as China’s president following a weeklong conference in which he solidified his influence over the ruling Communist Party.

However, re-election of Xi Jinping has scared the investors. And, Indonesia is gearing up to capitalise on the investors’ fear and make fortunes out of the opportunity.

Business continuity and stability are often welcomed by investors. It encourages them to invest in the market. Unless the leader is known for policies that have harmed the country’s economy.

Just after, re-election of Xi Jinping, Chinese stocks traded in Hong Kong and New York crashed and the yuan fell to its lowest level against the US dollar in nearly 15 years. The Chinese currency’s value on international markets has been at its lowest point since 2010.

Analysts warned that Xi’s preference for personal allegiance over technocratic skill is bad news for China’s already dismal economic prospects. A more ideologically-driven strategy that could further impede the expansion of the private sector is signalled by the replacement of seasoned economic officials with those who have far less experience.

According to estimates, the private sector in China accounts for 80% of jobs, 70% of technology innovation, 60% of GDP, and 50% of revenue.

Lilian Co, who manages the Strategic China Panda Fund at Eric Sturdza Investments said, “Since Xi’s ideology has not been market-friendly in the last few years, a leadership team loyal to Xi means no change in policy direction as long as he is in power.”

Senior government officials who have supported market reforms and economic liberalisation are absent from the new leadership group. Premier Li Keqiang, Vice Premier Liu He, and the governor of the central bank Yi Gang have been side-lined.

Investors are concerned that Xi’s growing hold on authority would result in the continuation of measures like the zero-Covid approach and a crackdown on the private sector that have already done significant harm to the second-largest economy in the world.

Amidst the fear of uncertainty in China, Indonesia has seen the opportunity. As the investors look out of China, Jakarta plans to offer a “second-home visa,” aimed at luring billionaires and top international talent.

The new visa was introduced on October 13 by the acting director general of Indonesian immigration Widodo Ekatjahjana.

According to media source Tempo, he stated that “This special visa will be given to billionaires, the world’s wealthy people, and investors to encourage the growth of investment in Indonesia, those who intend to stay longer in Indonesia.”

Investors have welcomed the news of a second-home visa. An extended visa for ex-pats had been hampering multinational corporations’ intentions to move their headquarters to Indonesia, according to Ariyo Irhamna, an economist with the Institute for Development of Economics and Finance in Jakarta.

The second-home visa can attract investors in the project of US$34 billion and also be used to establish the nation’s new capital, Nusantara. The director of the Nusantara National Capital Authority, Bambang Susantono, stated last week that businesses investing in the new capital would be given considerable incentives, such as a 30-year tax holiday and a 350% “super tax deduction” for research and development.

So, with this move, Indonesia has invited all foreign investors to invest in the growth of Indonesia. Jakarta has also been wary of Chinese investments in the country. Investors need to be assured of the relaxing policies which are clearly not what they are being offered in China. Indonesia, therefore, doesn’t want to miss the opportunity and attract foreign investors from China leading to becoming an economic alternative for them.