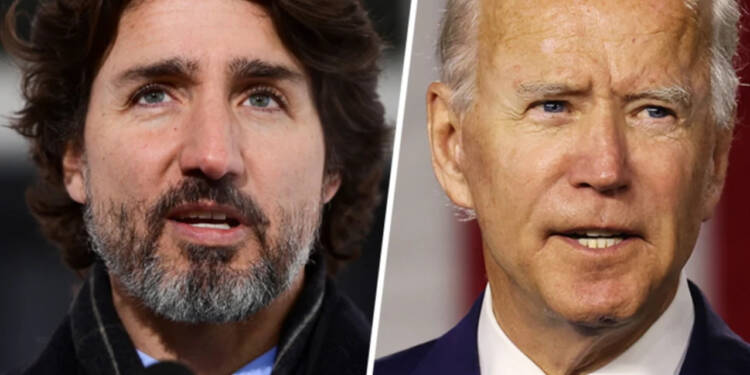 Canada- the United States’ top trading partner, a close ally and an obedient neighbour, or at least this is what Joe Biden wants Trudeau to believe. Because the US’s actions are not failing to prove otherwise. And Justin Trudeau has been so naive to realise the facade of the bonhomie it shares with the US.

Washington never gets tired of annoying its “true-blue friend.” From denting the Canadian economy to not inviting Ottawa to be a partner of its trade club, Biden has been fooling his blue-eyed shadow.

Be it the gas deals or the IPEF’s membership. According to a recent report by Politico, Antony Blinken landed in Ottawa Thursday, confirming that VIP U.S. government aircraft is, in fact, capable of landing in Canada.

Since taking office, the President of the US has been as busy as a bee to set foot in his friend Trudeau’s country. But, at least the secretary of state did.  There are no signs of his presidential trip anytime soon.

“We’re not expecting a visit to Canada before the end of the year,” a senior Canadian government official with knowledge of the prime minister’s plans, not authorized to speak publicly, told POLITICO.

Seemingly, Biden and Trudeau set a timeline in June, when they met in Los Angeles and “agreed that the President will visit Canada in the coming months.” But, did Biden again flunk on his promises?

The Canadian officials are too innocent to minimise the delay as a minor issue, blaming it on their busy schedules, the midterm elections, and Covid-19.

In late 2016, Biden made his final formal two-day trip to Ottawa as vice president, which included a state supper. He hasn’t returned since then. In November 2021, Trudeau made an official trip to Washington, D.C.

Canada is expected to release its new Indo-Pacific strategy around that date, giving the prime minister an international audience to shop for feedback.

The interest of Ottawa in joining Biden’s new trade club was one of the stories that came out of Blinken’s meeting with Foreign Affairs Minister Mélanie Joly.

“I am pleased to announce that Canada will seek membership to the Indo-Pacific Economic Framework,” Joly said Thursday.

In the following months, he vowed to “consult closely” with the 14-person committee “on the development of a process for considering new members.”

“It’s not a decision the United States can make unilaterally,” Blinken said about the trade pact that skipped Ottawa during its initial round of invites. Now, a question arises why the US skipped its own ally? Wasn’t it wrong on the US’s part to exclude Canada from the IPEF?

The Business Council of Canada’s president, Goldy Hyder, argued that it was wrong for the U.S. to leave Ottawa out of the IPEF.

“America does not get to decide which countries are Pacific nations, and which ones are the Western Hemisphere nations,” he said.

Read More: Biden snatches a project that was worth billions of dollars from Canada

Even before the US left Trudeau foaming at the mouth by denting Canada’s money-minting machine which impacted the country with a surge in energy prices. Canada has always suffered from his full loyalty to his American masters. However, The United States doesn’t even give a second thought before hurting Canada’s interests.