Currently, food has become a new tool of conflict for the West during this never-ending Ukraine crisis. The two largest producers of wheat are stuck in a tug of war due to which there is a shortage of food supply and prices are soaring plus a Grain corridor is now becoming a dream 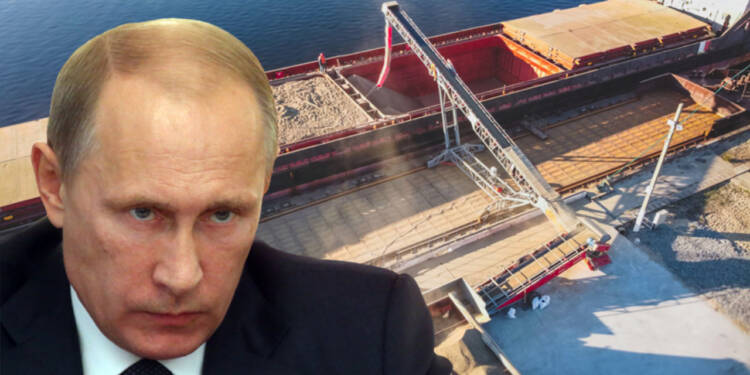 Grain Corridor: According to the information from news agency RIA Novosti and media outlet Meduza, Dmitry Patrushev, Head of the Ministry of Agriculture of the Russian Federation, have offered to replace the grain supply that Ukraine was meant to deliver to Europe through the Black Sea corridor. He said, “Taking into account the current year’s harvest, the Russian Federation is ready to completely replace Ukrainian grain and to make deliveries at acceptable prices to all interested countries. The Kremlin has agreed to provide 5, 00,000 tonnes of food grains to the countries without any charge in the next four months.

Amidst the ongoing Ukraine war, there has been a food impasse where the Grain Corridor initially flowing through the Black Sea, became dysfunctional. Reportedly, when Ukraine bombed the Kerch Bridge, it thought it has won a significant battle against Russia. The Ukrainian authorities celebrated the attack and left no stone unturned in taking credit for it. The bridge was a power symbol of the Kremlin and the attack definitely made him angry. The frenzy that followed the attack, made it important for Putin to react. So, an enraged Putin blocked this important route of the Black Sea as retaliation.

The Black Sea corridor was an essential connection for the movement of wheat grains to third-world countries where 80 per cent of the wheat grains came from this region. African countries which are still being haunted by the evils of hunger and poverty will be impacted severely.  In an International Rescue Committee report, it was mentioned about low-income countries are facing inflation of up to 90 per cent. In East Africa, 20 million people are experiencing challenges pertaining to hunger and also these areas are prone to famines.

Read more: Rishi Sunak is no Boris Johnson and Russia is not untouchable anymore

For context, looking at the impact made on food supplies by the war, the UN initiated a deal with Ukraine and Russia in July, which laid emphasis on working towards this deal. However yesterday, Russia made an attempt to pull out of the Joint Coordination Centre (JCC) to put pressure on the West. The JCC included Turkey, Ukraine, Russia and the UN. The committee was initiated to make the Black Sea deal easier with consensus among the parties to ensure proper usage of ports. This deal particularly was supposed to keep a check on vessels carrying grains and fertilizer exports. But now, getting fed up with Ukraine’s provocation, the Kremlin decided to pull out of the deal.

After Putin’s retaliation, the food crisis has taken a very ugly turn. But, Putin was not aiming to stop food supplies through the move. Yet, the Western media went all guns blazing into spreading misinformation.

The western media made a fuss out of this action of Russia and started blaming it for the food shortages globally. So now, Putin has simply put forward the proposal to supply the grains to all the impacted nations. He has shown that he is not bent on choking nations of food, but he will also not take all the slander of the West and Ukraine.

Clearly, the Western frenzy should be seen and cross-checked. The question that lies here is why Putin is being seen as the only culprit. Is he the sole perpetrator? It is clear that the West doesn’t have any interest in solving the genuine problems of the impacted nations. It is just focused on criticising every step of the Russian government and misleading the whole world by making Russia a global villain.

Comptia A+ certification Guide: All You need to know

Canada has formally entered the Russia-Ukraine war, and the consequences will be disastrous