The populace of the region has long put up with the discriminatory treatment they receive from Western countries. However, they are now retaliating against the condescending and paternalistic attitude of Western nations 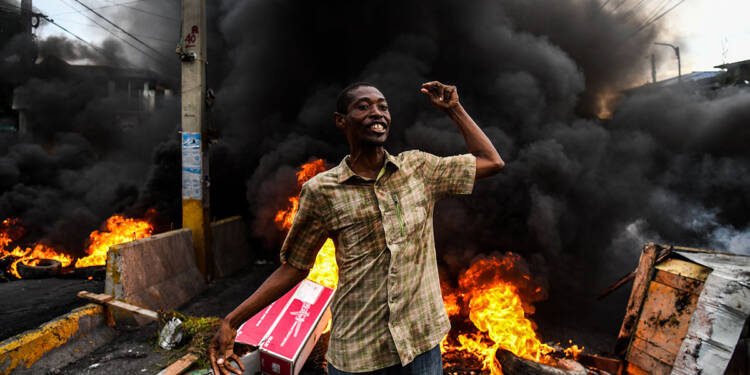 Since almost 1898, the United States has been interested in regime change operations. In Cuba, Mexico, Haiti, the Dominican Republic, Nicaragua, Honduras, Panama, and Costa Rica, regime change interventions were ostensibly carried out to promote stability in response to calls to “teach them to elect good men”, in Woodrow Wilson’s words. The United States found numerous justifications to launch armed incursions to compel the change of governments throughout Latin America, from occupying the Dominican Republic for eight years after demanding constitutional reforms to reduce government debt to invading the port of Veracruz to assist in the ouster of Victoriano Huerta during the Mexican Revolution.

“Regime change” has evolved into the US’s primary strategy for preserving its hegemony over the years. It appears that nations with ‘dictatorships’ were the targets. Actually, they were those who resisted US interests, opposed US power structure, or refused to “conform” to US directives.

To counter Soviet influence in the Eastern Bloc during the Cold War, the United States turned to covert regime change after the establishment of the CIA in 1947 and its Office of Policy Coordination in 1948. During the Cold War, this spread to oppose alleged communist-leaning regimes in Europe, East Asia, Latin America, Africa, and the Middle East.

Make no mistake, the US obsession with regime change has destroyed fundamental principles of democracy, freedom, and order, exacerbated conflicts between nations, societies, classes, and religions, stopped these nations’ gradual reforms, and plunged them into perpetual upheaval. The history of the Caribbean serves as an excellent example of how this “supervision” approach to imposed democratisation wreaks havoc on smaller countries while the US reaps benefits.

The Caribbean, regime change and deprivation:

The entire world still recalls how the United States ran Cuba like a thug’s backyard after seizing control of the island in 1898. Cuban attempts to assert their sovereignty were violently put down.

Despite all the evidence of the brutality of General Fulgencio Batista, the United States supported him. After all, under Batista, US interests were protected, and US companies controlled almost the entire country’s service sector in addition to two-thirds of its sugar industry.

This dreadful history of slavery and the imperial rule is what the Cuban Revolution of 1959 fought against. But the US immediately imposed an economic embargo on the nation starting on October 19, 1960, which continues to this day and has affected everything from access to financing, food, and medical supplies to preventing imports from Cuba and pressuring other nations to do the same. It is a vengeful assault on people that are attempting to assert their sovereignty.

According to Bruno Rodrguez, Cuba’s foreign minister, the blockade cost the country’s government $9.1 billion between April 2019 and December 2020 ($436 million per month). According to him, the total damages over the course of six decades are more than $147.8 billion at current prices.

Don’t be fooled; during the early 20th-century “Banana Republic” era of Caribbean history, there were several instances of intervention and regime change. Rafael Trujillo, a right-wing dictator who ruled the Dominican Republic, was assassinated in May 1961 using weapons provided by the US Central Intelligence Agency (CIA). The CIA characterised its role in “changing” the Dominican Republic’s government as a “success” because it helped the country transition from a totalitarian dictatorship to a Western-style democracy.

Read More: Biden administration is trying to bury the truth on Haitian migrants’ whipping story to push its sick agenda

When Haiti held its first democratic elections in its history, the United States, which had occupied the island nation militarily from 1915 to 1934 and provided a lot of support for the murderous Duvaliers who ruled the nation from 1956 to 1986, ran into trouble.

1990 saw the resounding election of populist priest and liberation theologian Aristide. He held office for seven months before being removed by the military. The CIA employed the officers who orchestrated the military coup, as the New York Times later revealed.

You see, it is difficult to overlook the significance of the Caribbean for the United States of America. Some of the most significant bauxite and lateritic nickel deposits, as well as sizeable gold and silver, copper, zinc, manganese, cobalt, and chromium deposits, are found in the Caribbean. The Caribbean is also blessed with abundant oil and energy reserves. By utilising these resources, the US has long enriched its coffers. As a result, installing a puppet ruler in a place like the Caribbean gives America the upper hand.

Make no mistake: under the grab of humanitarian intervention, the United States is attempting to obstruct the ascent of the Caribbean. The West would never benefit from the assertive Caribbean.  The region’s enslavement served as the foundation for the riches of western nations.  The rapid development of the so-called developed countries invariably depended upon what Andre Gunther Frank called the “development of underdevelopment” of poor countries across the world.

The United States longs to turn the Caribbean into its “backyard”, subordinating the sovereignty of the islands. The Caribbean political and economic systems have always been annexed to global political and economic systems, lagging behind in global socioeconomic and political advancement for ages. The populace of the region has long put up with the discriminatory treatment they receive from Western countries. However, they are now retaliating against the condescending and paternalistic attitude of Western nations. The Caribbean countries are aware of the value of self-determinism and self-sufficiency in the contemporary politico-economic environment. The next step should be a pan-Caribbean campaign to combat neo-imperialism.