Hungary lays the foundation of a new right-wing European Union

Orban and company are now all set to float a parallel right-wing European Union, and that’s a death knell for Brussels and EU’s dictator Ursula von der Leyen. 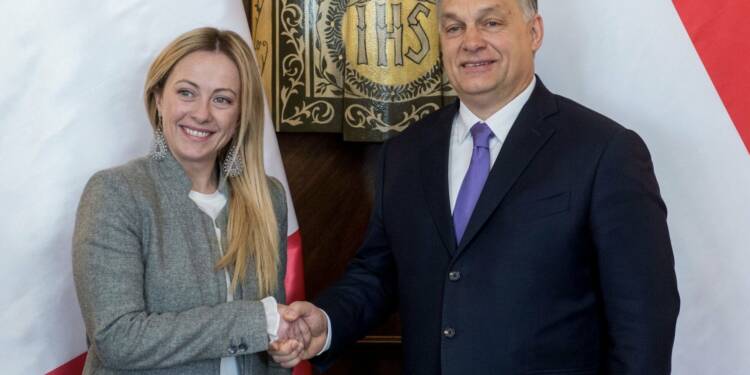 As the EU continues daydreaming about Viktor Orban’s collapse in Hungarian politics, the leader of Hungary has already started to lay the foundation of a new conservative European Union.

According to a report by Politico, PM of Hungary Orban is soon expected to launch and fund a conservative think tank, which is destined to shake up Brussels’ policymaking.

Reportedly, MCC Brussels, which is a branch of the Mathias Corvinus Collegium (MCC), a Budapest-based college, has received funds worth billions from Budapest authorities to “provide an alternative” for Europe’s “polarized cultural landscape,” according to one of its founders.

The think tank is going to work like a shadow think tank against the EU’s existing left-leaning think tanks, that are currently peddling pro-EU thoughts.

The Hungarian-Canadian academician and director of the new think tank, Frank Furedi, has stressed that Budapest wants to promote “mature, thoughtful discussion about the cultural tensions that prevail on the Continent.” Furthermore, he argued that since Orbán’s reelection in April, anti-Hungarian sentiments have been on the rise in Brussels.

The members of the think tank insist that ‘Hungary is hated by the West’ because of a simple reason that it dares to question their post-traditionalist, identity-politics-fueled worldview.

Beyond any questions, the Hungarian ruling party Fidesz has invested a lot in creating an “alt-right intellectual universe around their policies.” For example, Hungary also hosted a special session of the United States’ Conservative Political Action Conference (CPAC) earlier this year, which was attended by a range of Trumpian American celebrities.

Emboldened by the Conservative Tsunami

For the last 70 years and predominantly after WW2, the West has maintained its allegiance to liberal values—or what we like to call the Liberal sisterhood. In which, most western nations have simply followed whatever the US commanded.

However, since Orban began to spar with the Western leaders over a number of issues in 2010, Hungary has become a major source of trouble for this liberal cabal. Till now, Orban was on the back foot due to overwhelming pressure and no political backing in the West. Not anymore!

The Ukraine War has changed the equation drastically. The left is clearly on the decline, and more and more right-wing leaders are storming to power.

Last month, Italy elected conservative Giorgia Meloni to be its next prime minister, and it took the west by complete surprise.

Read More: Hungary is a few billion dollars away from leaving the EU

This is exactly the case with the West. Power politics that the US and EU have exercised over the past 7 decades have detached them from the ground realities. This has weakened their hold over global issues, and forced them into making suicidal moves. For instance, blinded by the illusion of long outdated-US dominance in the world, EU chose to follow the command of the Biden administration and is now paying through its nose.

But EU’s conservatives have decided that enough is enough! Hungary might soon bid adieu to the European Union, and the initial signs are already here. A conservative think tank is undoubtedly a slap in the face of Brussels. Hungary will no longer submit to EU’s diktats. Orban has outgunned EU’s dictator Ursula yet again.

Haiti has trillions of dollars’ worth of natural gas, but the West doesn’t allow it to prosper