Hungary is stepping out of the EU, Orbán makes it clear 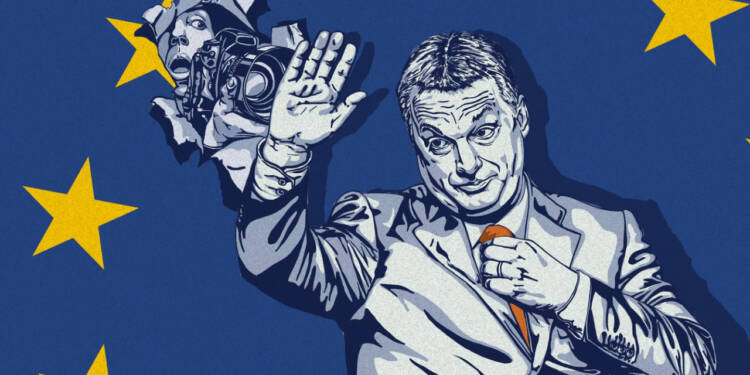 Viktor Orban is now pissed with the ninny attitude of the European Union. Brussels keeps trying new tactics to outrun Hungary in the EU, yet this approach consistently fails miserably.

The EU has attempted to pioneer new tensions with Hungary by declaring that the country is no longer a democracy. Orban doesn’t see it as a joke. The leader now seeks to elevate his game against the EU and exit the union without any major controversy.

On September 10th, Hungary’s ruling party organized the Fidesz picnic in Kötcse. Next to Lake Balaton, the Fidesz Foundation organized the annual picnic for the 21st time. The prime minister, officials from the administration, lawmakers, as well as Fidesz-affiliated academics, businessmen, and artists attended the meeting.

However, it has long been a tradition in Kötcse to advise participants to keep all information confidential and to refrain from talking about the discussions at the picnic. Only Journalists with a free pass are allowed to question attendees as they enter and exit the event on the street.

Now, this meeting followed the same code, as was to be expected. However, some information has come to light. Orban’s recognition of the EU’s action is one such crucial factor. Hungary is now contesting its status within the EU.

Hungary raised questions about their involvement

According to telex, Hungarian PM Viktor Orbán has spoken about the point of EU membership and the disintegration of the EU at Fidesz’s picnic. Reportedly, Orban now wants to re-check its membership in the EU. He added that if Hungary doesn’t get a positive answer, conclusions will have to be drawn.

Read More: Hungary is a few billion dollars away from leaving the EU

Orban has made it clear that leaving the EU by 2030 would be a good decision as the EU itself is poised to fall apart. The report states that Orban believes that the Ukraine war could drag on until 2030, with Ukraine losing up to one-third to half of its territory.

He said the war would have been local, but the West stepped in, making it global, and now the EU is shooting themselves in the foot with sanctions because the energy crisis caused by the sanctions could shut down up to 40 percent of Europe’s industry in the coming winter.

Additionally, Hungary aims to be a major economic power after leaving the EU. Hungary wishes to see the development of a similar economic model just like China, which serves as the foundation for its unorthodox economic policy.

Even more, Orban promises to uphold full employment, safeguard the worth of his people’s earnings, and keep the economy modern.

Orban’s intention tells what the EU’s continuous heckling has done to Budapest’s attitude with the EU that was once quite close to Brussels.

For the first time, EU MEPs have declared a member state to be “not a proper democracy,” which is a condition for membership in the union. This indicates that Hungary may soon be expelled from the Bloc, at least that’s what Ursula is ready to do so.

But, the EU lacks the confidence to act. Hungary is currently a goose that could lay golden eggs. Hungary could easily fulfil the EU’s needs, including its energy needs. But as soon as the demand is met, the EU can stop cajoling Hungary and expel it permanently.

But Orban seems to already chalk out a plan to outgun the EU.

Given that the press was not permitted to cover the event, everything remains in predicament. However, without any doubt, Hungary would feel more at ease if it leaves the EU. Perhaps it would create a disastrous precedent for Brussels.

The move would embolden other countries to exit the EU, including Poland, which has consistently suffered at the hands of the EU’s “democratic” policing initiatives. The unity of the bloc is on the cusp of collapse.

Trudeau is hiding an ISIS operative, probably in a safe house in Canada