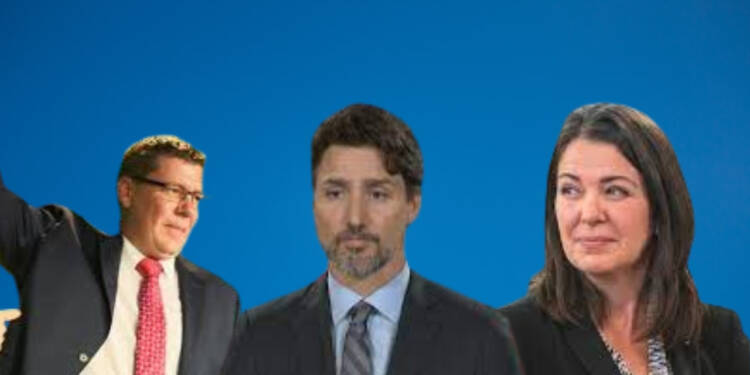 Saskatchewan is finally taking a step ahead towards its provincial autonomy by bringing the ‘Saskatchewan First Act’ into action. Trudeau got another reason to weep in the corner now. First Alberta and then Saskatchewan gave Trudeau a jaw-dropper by freeing the provinces’ autonomy from Trudeau’s clutches.

The Saskatchewan First Act, which the provincial administration claims will confirm the province’s autonomy and authority over its natural resources, was introduced on Tuesday.

The provincial administration said last week that the measure will be its opening act of the fall sitting.

According to the act, Saskatchewan has authority over (1) exploration of non-renewable resources, (2) development, conservation and management of non-renewable natural and forestry resources, (3) operation of sites and facilities for generation and production of electricity, (4) regulation of all industries and businesses falling within provincial jurisdiction, (4) regulation of fertilizer use.

The act states that the province has jurisdiction over the control of environmental standards, greenhouse gas emissions, and other emissions in each of the aforementioned situations.

The new act says those sections will also be added to the Constitution Act, of 1867.

The prairie provinces are coming up against Trudeau’s dictatorship and they want to draw lines between the federal and provincial jurisdiction.

Alberta’s new sworn-in Premier Danielle Smith took the charge and wanted to free her province from the heavy-handed liberal idealism but now it seems others followed suit. Saskatchewan too came with a ‘Saskatchewan First Act’ to safeguard its sovereignty.

Before running in the race to become the next premier of the province, Danielle assured the province she would also welcome an Alberta Sovereignty Act, or “contentious law’. And now she is all set to detach all the strings to federal policies.

Smith instructed her cabinet to take a tough stance and to reject any agreement that imposes onerous conditions on receiving federal funds. She was centred on contempt for the federal government, urging ministers to defend Alberta’s interests when it comes to federal funds and policies.

As if this wasn’t enough to irk the nerves of the federals, the province of Saskatchewan gives them a double whammy.

Mitch McAdam, director of the province’s constitutional law branch, said he thinks the amendments introduced will help the province argue cases of jurisdiction with the federal government in court if it comes to that.

“There is nothing in the amendments that say the province can disregard federal laws or that federal law will no longer apply in Saskatchewan. What the law does is it recognizes that is the role of the courts, and the courts are the ultimate arbiters of where that dividing line is between federal and provincial jurisdiction,” McAdam said.

The prairies have long back acknowledged the negative economic impact the federal policies are having on the province. The conservative premiers want to further the interests of the people now. They want to pull the strings from the illogical decisions Justin Trudeau imposes on the provinces that dealt a severe blow to their economy.

The provinces have the capacity to expand their extremely sustainable producing industries on earth but the irrational environmental policies will never let that happen. Now, it’s time for them to free their natural resources from Ottawa’s clutches.