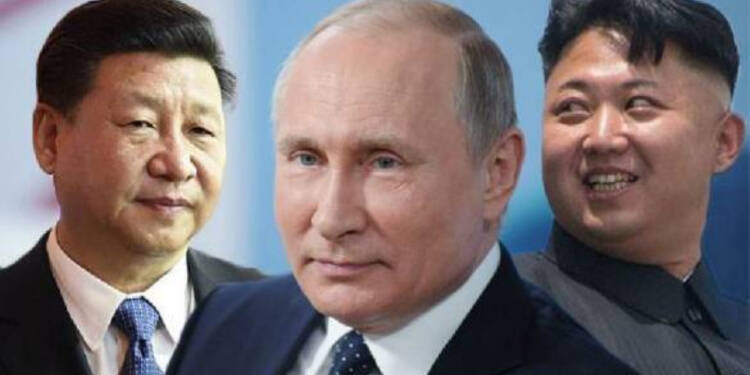 North Korea has longed to forge new alliances and friends other than China. The desperation for new friends increased after the Covid-19 pandemic and China’s refusal to help in times of crisis.

Changing dynamics of China and Russia with North Korea

North Korea has been constantly distancing itself from China, its largest trading partner, ever since China halted its railroad freight traffic to North Korea because of the Covid-19 spread. Early in the Cold War, North Korea’s communist regime was established with Soviet Union support. For many years, North Korea was largely dependent on Soviet assistance, but as the Soviet Union fell apart in the 1990s, it led to a fatal famine in North Korea.

Afterward, the loyalty of North Korea shifted towards China. But, after Kim Jong Un took Ryongsong’s residence, things have been changing. Following his nation’s most recent nuclear test in 2017, Kim took actions to mend fences with Putin. Kim and Putin had their first encounter in 2019 during a conference in the Russian city of Vladivostok. Things paced up after the Covid fiasco with China. Kim wished Putin a happy birthday in October and thanked him for “crushing the challenges and threats of the United States.”

North Korea also offered to help 100,000 volunteer troops to help Russia bolster momentum against Ukraine. The United States has also blamed North Korea for secretly sending Russia “significant” quantities of artillery shells for its conflict in Ukraine while also making an effort to conceal the shipments by routing them through nations in the Middle East and North Africa.

By recognizing the independence of the breakaway regions, North Korea had already opened ways to earn legitimate foreign currency worth hundreds of millions of dollars a year. Now, for the first time since the COVID epidemic, Russia and North Korea recently resumed train service, carrying an unusually opulent cargo of 30 grey thoroughbred horses. The national news agency of Russia, RIA, reported that later cargoes will include medicines.

This is just the beginning, the trade between North Korea and Russia holds a lot of potential which can change North Korea’s economics forever.

Russia has also been blamed for exporting oil to North Korea despite sanctions, and sanctions monitors have noted that workers in Russia continue to do so even though it is forbidden. Despite U.N. Security Council resolutions that forbid such arrangements, Russian officials have publicly discussed “working on political arrangements” to hire 20,000 to 50,000 North Korean labourers.

China, which presently accounts for more than 90% of North Korea’s overall trade volume and the majority of its food and energy imports, is its primary economic partner. The over-dependence on China continues to be North Korea’s major concern. China’s brazen disregard for North Korea’s economic health has led to Pyongyang forging considerably closer ties with Russia. Economic independence and diversification in trade relations for Pyongyang may be beneficial in the long run. And Russia has to lend its help to North Korea to break out of China’s economic trap.

M23 goes all guns blazing against West, and it has William Ruto written all over it