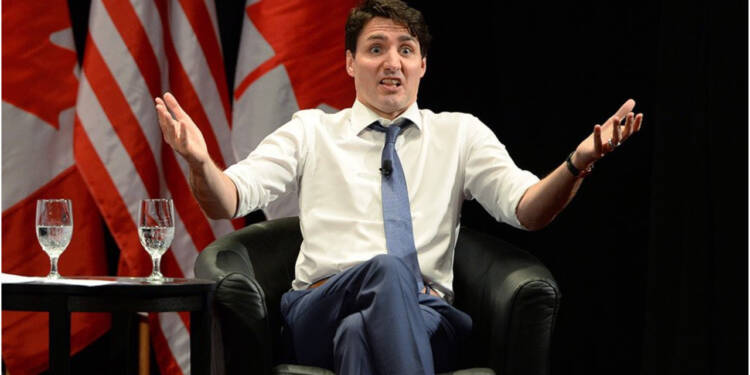 If you give the liberals two choices, first, to develop Canada and march around with global powers; and second, to keep imposing the green agenda, the Canadian party will always opt for the second option.

History has it that Justin Trudeau, the prime minister of Canada, has been a godfather to all climate activists around the world because he is a fervent advocate of the green agenda. However, this green agenda has not been a good deal for Canadians overall.

In the name of his green agenda, Trudeau has choked Canada’s energy industry and engaged in a war of words practically with every province.

It is well known that Justin has a penchant for absurd agendas. But now he’s taking a step back. Call it a miracle or the result of political pressure, but Trudeau has finally abandoned his green agenda, and this has disheartened his devoted followers.

COP27 is about to take place in Egypt. The leaders of various world powers, from Germany to India, are poised to attend the event.

However, Canadian Prime Minister Justin Trudeau has decided to stay in Ottawa. Yes, the office of the Prime Minister has announced that the Canadian PM is not going to attend the COP27 summit.

The Prime Minister’s Office declined to provide an explanation for why Trudeau has decided to avoid the summit, yet they are stressing that Trudeau wants to focus on an environmental project poised to take place in Montreal this year.

The leader has opted not to go to the Egypt summit aimed at reducing greenhouse gas emissions globally. But, stresses he wants to host a summit on similar lines this year.

The media in Canada is stressing that it’s actually good for Trudeau to not attend the COP27 summit because there aren’t going to be any significant announcements regarding climate at the summit, yet the actual reason behind Trudeau’s cancellation is entirely different.

The fact is that Canadians are not in motion to extend support to Trudeau’s non-sensical green agenda.

Canadians rank among the 34 nations with the lowest approval for the green agenda, according to an Ipsos poll, and they show significantly less support.

Canada is ranked 27 out of 34 nations, well below the other western nations. So, one could easily suggest that Canadians are not supporting Trudeau’s environmental initiatives at all.

Read More: How many Canadians support green energy over conventional energy? The results are an eye-opener

And why would they? Due to Trudeau’s constant push for a green agenda, Canada has suffered like never before.

Despite being full of resources, the energy sector has not been allowed to prosper due to the climate agenda. It was the Trudeau government that burdened Canadians with moves like the imposition of the carbon tax.

Even now, when Canada is facing a catastrophic rise in inflation due to the Ukraine war, Trudeau is not falling short of advising the world and Canadians of the importance of climate.

The Liberal Party announced a new set of goals for making Canada a ‘green energy haven’. This is reportedly making conservative provinces and common Canadians angrier than ever.

The liberal leader is already sitting on a rocky chair as conservatives have begun to surround Trudeau over his illicit green agenda, One of the greatest climate summits is the COP27, and if Trudeau goes, he will be forced to announce new climate goals that, by all accounts, the majority of Canadians will not approve.

This is the rationale behind Trudeau’s flight from the game of which he is a master.