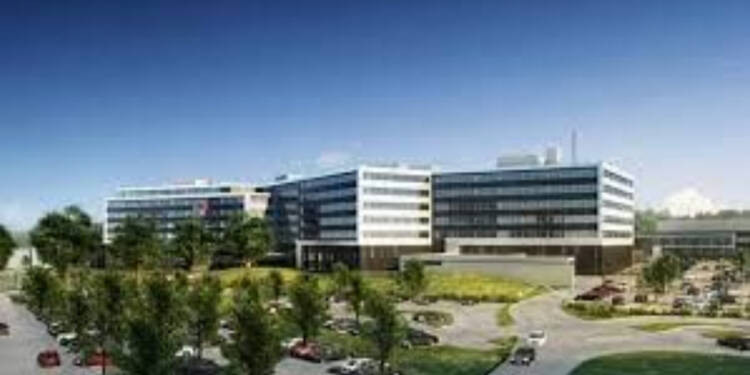 Green Municipal Fund: In the name of green goals, Canada has gone through a lot of insanity. We know how the Canadian government has been tricking the people of their country for a long time now on the pretext of the 2030 Green Goals. The Canadian Prime Minister has nothing to do other than playing the ‘Greenie’ card in the room.

In a similar fashion, the federal government has now come up with another hefty amount of funding. This time, the net-zero RCMP building in British Columbia wins the game. Net-zero energy ready (NZER) RCMP detachment facility will be built in the municipality of North Cowichan thanks to a $11.5 million investment from Natural Resources Canada and the Federation of Canadian Municipalities (FCM) through the Green Municipal Fund (GMF). This comprises a $1.5 million grant and a $10 million low-interest loan.

“Our government is happy to promote environmentally friendly infrastructure in Canadian towns. The investment made today is a crucial first step toward creating a net-zero RCMP detachment that will serve the people of Cowichan, Duncan, the Cowichan tribes, and the surrounding areas. A remarkable example of community-driven innovation and climate action, according to Minister of Natural Resources Jonathan Wilkinson.

Read More: Saskatchewan minister rips into Trudeau for playing with the lives of Farmers

Taneen Rudyk, president of FCM, remarked, “Communities of all sizes are demonstrating climate leadership at a time when we most need it. Municipalities are at the forefront of climate change and climate action. They are equipped to accomplish their goals thanks to the Green Municipal Fund. Together with our federal partners, we achieve outcomes by helping cities like North Cowichan create greener, more sustainable communities. We are moving toward net zero together.

Green Municipal Fund previously provided funding to establish a NZER RCMP detachment in Fort St. John, located in northern British Columbia. The current project is based on the same design but has been tailored to the particular climate and usage requirements of North Cowichan. Energy efficiency will also be included in every element of the building’s design.

Reports of the province’s attitude towards breast cancer have recently come to light. We at TFI recently covered it as well. Women are subjected to months-long wait times before getting a breast biopsy done.

Women suffering from breast cancer aren’t able to get biopsies done on time. They are required to wait for 3-4 months to get a biopsy done to determine whether they have breast cancer or not.

Wait times are distressing enough that even doctors have sounded the alarm in the province. But, where’s the federal government? Certainly, missing in action. The feds are disinterested in addressing the alarming situation of healthcare in the province, but they are all ears to green agenda.

While doctors and clinical professors are calling out for more resources and more clinics to offer biopsies for patients, BC’s Ministry of Health is turning a deaf ear to the grave concern.

With each passing day, Canada is being pushed closer to a grave healthcare crisis. Since the federal government has no funds for such critical issues but for pushing green activism in the country. The thing is, if the feds were to spend taxpayers’ money, why not on saving people’s lives? But unfortunately, at times when thousands of women cry for breast biopsies, Trudeau’s bizarre and irrational scheme rolls out.