The identity crisis of the Caribbean that nobody talks about

The African is one of the essential components in the creation of the post-indigenous Caribbean, which is based on the tritones of imperialism/colonialism, plantations, and slavery 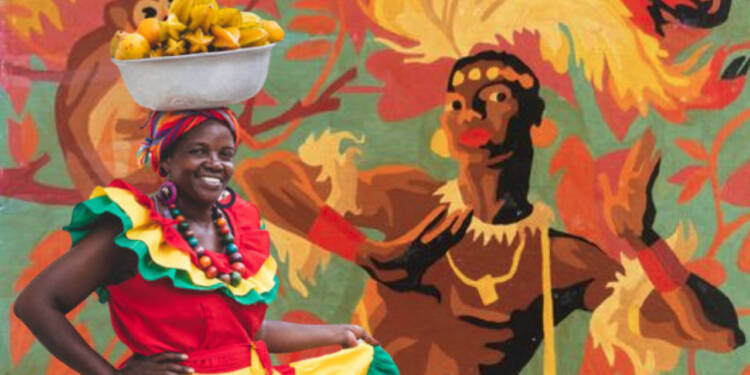 It is a fantasy to think of the Caribbean as a single region that bestows a sense of shared citizenship and community. Undoubtedly, the term “the Caribbean” refers to a region that includes a sea, a number of islands, and a site. There are a lot of people who identify as Caribbean people and claim to have a distinct identity with their own unifying traits that set them apart from others. And many tourists and other foreigners can attest to visiting this Caribbean location and meeting genuine Caribbean people. They will all credibly attest to the reality of the Caribbean. The Caribbean is actually a very ill-defined region that is challenging to describe, even as a geographical expression.

It will be challenging to pinpoint the exact spot of this Caribbean location because neither the singular nor the agglutinative form of the name “Caribbean” is used by any nation.

However, this Caribbean region is typically pictured as a region inhabited by a varied polyglot of peoples. Whites, blacks, browns, yellows, reds, and a variety of shades in between are all present. There are a variety of ethnic groups, including Europeans, Africans, Asian Indians, Chinese, Aboriginal Indians, and Indonesian Javanese. Christians, Hindus, Muslims, Jews, Rastafarians, Santera, Winti, Vudun, and other faiths are present. They speak a variety of languages, including Spanish, English, Dutch, French, and English.

The idea of Caribbean people and the creation of a Caribbean identity are mired in many contradictions as a result of all this diversity. The twenty-odd states of the Caribbean, home to about 40 million people, are characterised by racial, linguistic, subregional, and religious diversity that is ingrained in their settlement pattern and social structure. This predisposes them to the ethnic formation and self-consciousness patterns that produce contentious claims that periodically lead to crises in ethnic disputes. There are many identities centred on the axes of race, culture, language, religion, region, etc. hidden beneath the surface of Caribbean homogeneity.

Tracing the problem to the colonial era

It is undoubtedly true that colonialism and forced labour as overarching influences have left a distinctive cultural mark on the region as a whole. However, the way that the various colonial powers managed the various imported peoples in the various Caribbean environments over the course of nearly five centuries left behind a region of enormous contrasts.

Race has taken on the role of being the most obvious marker of Caribbean identity, possibly more so than any other characteristic courtesy of colonial intervention.

Pre-Colombian times were the only time when only one race had lived in the Caribbean. But ever since the first Europeans arrived, the Caribbean has been home to every biological species in the human zoo. During colonial rule, the Caribbean was occasionally linked to a single racial and cultural group. Thus, the term “Spanish Caribbean” was used specifically to describe more than three centuries prior to the successful challenge to Iberian hegemony in the area. However, Amerindians and Africans were also present during this time, despite the fact that the broader “Spanish Caribbean” category tended to forget about them. The other imperial spheres could be compared in this way.

The identities of non-European peoples were disrespected by colonialism. Non-Whites attained the status of full citizens and gained visibility within a socioracial classification through decolonization. With self-government, the stereotypes of the region as being either European or African seemed to swing back and forth. This stereotypical image of the Caribbean as being predominantly African is, in part, accurate because the region was where some ten million African slaves were shipped as chattel to work on European plantations. The African is one of the essential components in the creation of the post-indigenous Caribbean, which is based on the tritones of imperialism/colonialism, plantations, and slavery.

The Caribbean became affiliated with anti-African racism to the marginalisation of other racism as a result of European planters’ and officials’ dehumanisation of the Africans. The arbitrary categorization of the migrants into “old and new arrivals,” with African labour being the first, is a factor in the marginalisation of the other non-African groups. Normally, this differentiation would not cause any harm. However, the idea of being first on the scene is given validity for dominance of political power and priority in the dissemination of privileges in a region that is currently hotly contested among the migrants’ descendants. This type of history is the cause of hateful racial stereotypes because the division is along racial lines, in the first place.

Also Read: Jamaica takes a step towards becoming the first nuclear power in the Caribbean

Besides, the Caribbean’s isolating geography and the eradication of the native population allowed for clear-cut borders enclosing distinct human settlements to serve as the building blocks of the new homeland. As the Caribbean was territorialized, the island colonies would become new parts of the international system, following the example of Europe. In a process of “Islandization” of territorial identities, the colonial administrative boundaries provided the borders of the homeland of the Caribbean peoples. Thus, for instance, the homes and states of the immigrants who arrived in this region of the Western Hemisphere would be Cuba, Haiti, Jamaica, and Puerto Rico, and over time these identities would in turn become distinctive in their own way.

The majority of Caribbean states are internally pluralistic, which works against the development of a single, undisputed nationalist identity. With the exception of a few minor events like the rise of West Indian cricket, which traversed into realms of nationalism, the Caribbean hasn’t really shown much of a national identity. Some communities experience anxiety and a call to arms when the nationalist voice is heard. It is a homogenization threat from a hegemonic community trying to impose its cultural authority on other people’s lives. All in all, colonialism still hinders and poses challenges for the Caribbean region, even though it may have been officially over long ago.