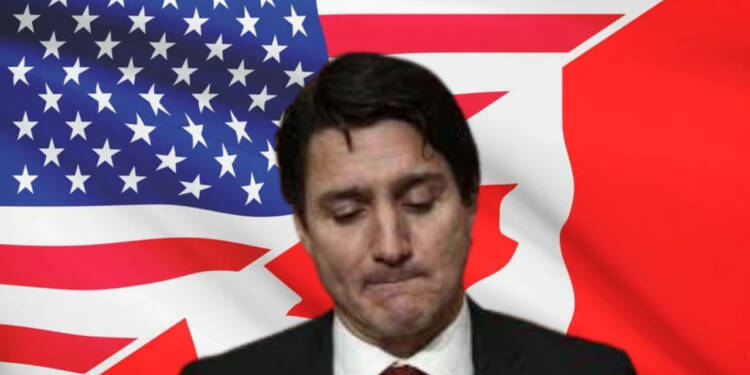 The results of the midterms are underway in the US. Razor-thin margins around the country have left control of Congress undetermined. However, the Republicans have emerged competitive amidst high inflation and President Joe Biden’s low approval ratings.

But, surprisingly more than American media, it is Canadian media that is having a meltdown on the results of mid-terms. The media is agitated by the conservatives’ resurgence in America, which could possibly have an obvious impact on Canadian politics.

The media under Trudeau is urging immediate action to stop the rising red wave since the rise of conservatism is also occurring in Canada like never before.

The results of the US midterms are seeing a greater number of republican candidates take federal and state office, expanding their influence over the country’s politics. Though, Canadian media is stressing that these results would undoubtedly have implications for Canada.

According to a media report by global news, Canadian ‘experts’ are growing concerned that the rise of the conservatives in the U.S. could influence politics in Canada as well.

Hazel Woodrow, an education facilitator for the Canadian Anti-Hate Network has stressed to global news, “(This sort of extremism) is not something that needs to be imported to Canada, but we’re certainly seeing some of the same talking points from, campaigns and so on take root here,”

As per her, the dominance of the GOP in the midterms will have consequential effects on Canadian politics, as it might strengthen the conservatives there too.

It’s no surprise that a Canadian anti-hate expert is issuing such dire warnings; after all, her organization is funded by the Trudeau government in order to quell the rise of conservatives. The US elections will be nothing more than an excuse for Trudeau and his funded organizations to intensify their crackdown on so-called ultra-right-wing movements.

Furthermore, the global news is also stressing that Trudeau has long been in the crosshairs of the conservatives.

The article stresses that Alex Jones, who backs the GOP praises Poilevre because 10 percent of Infowars‘ audience is based in Canada.

On his Infowars show, Alex Jones praised “the new Canadian leader who’s set to beat Trudeau” — an apparent reference to Conservative Leader Pierre, who supported the convoy publicly — as an example of the rise of “anti-globalist” politicians.

Unquestionably, Trudeau and the liberals have a fear of Poilievre, as he is being pitched as Canada’s next prime minister. But, the results of the midterms have nothing to do with the rise of Poilievre.

Read More: Canadian Media is making the same mistake with Poilievre that US and Indian Media made with Trump & Modi

The media is stressing that Trudeau’s name gets checked by the GOP every time in debates, and that’s why Pierre Poilevre is on the rise. But, that’s not entirely true.

Voters never vote completely on someone’s call, but, at face value and Poilevre has it more than Justin Trudeau.

Pierre has portrayed himself as a man of the people, an outspoken conservative who is not hesitant to take conservative positions on a variety of subjects. He talks about the economy, and gun control, and is against strict vaccine mandates.

Ever since Pierre Poilievre became the face of the conservative party in Canada, the Canadian liberal media has started rolling up its sleeves. Along with taking on the leadership role, Pierre has also reserved his place on the front page of newspapers and journals.

Read More: Trudeau plans a huge influx of Ukrainian refugees into Canada at the expense of poor Canadians

The media’s new attack on the conservative leader is nothing more than a sham. They are calling for action on the rise of conservatives. And for this, they are using the US midterm results as a perfect excuse.

Poilevre’s arrival in Ottawa or shall we say the rise of conservatives in Canada would mark an end of the liberals in Canada, this is the reason why Canadian liberal media is crying its eyes out over the major election setback in the US.