Angola switched its ties from Russia to US, and now its sovereignty is in danger

Angola has realized that it might have stepped on a landmine 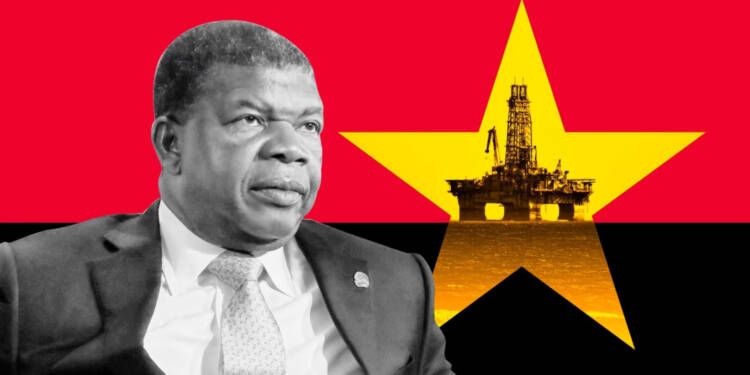 “To be America’s enemy is dangerous, but to be America’s friend is fatal,” This old saying has often come true for many countries around the world, especially in Africa. The US has long taken advantage of the resource-rich regions of Africa under the pretense of brotherhood. Despite all of its grandiose claims, America hasn’t been able to curb the region’s growing threat of terrorism. The alliance with America has been uni-directional with Washington reaping the benefits of the underdeveloped African nations while providing nothing whatsoever in return. Fortunately, many African nations are beginning to understand this nefarious agenda of America. However, Angola has not learned its lesson yet and siding with America could now spell doom for the Southern African nation.

According to recent reports, the US oil corporation Chevron is now permitted to dump tonnes of toxic oil waste into ocean shallows close to the coast of Cabinda, Angola’s northern enclave, thanks to an extension of an exemption to the country’s environmental protection legislation.

Experts in the marine industry term the action “an incomprehensible deed” and have urged President João Lourenço to enforce the legislation and make sure ALL international enterprises abide by the zero-discharge policy.

Read More: Countries like Zambia, Angola and Tanzania should follow the Kenya model of growing wealth from soil

A change of heart?

To be clear, this recent episode has caught the eyes of many foreign policy observers. You see, President João Lourenço Government has been supportive of the Kremlin for a long time. Angola also abstained from the U.N. resolution condemning Russia’s invasion of Ukraine earlier this year.

After the Afghan Mujahideen, UNITA, the main opposition group, received the largest amount of covert American help during the Cold War. That came to an end in 1993, but UNITA continued to support the West.

As a Cold War proxy for Moscow, the ruling MPLA has maintained tight connections with the Kremlin throughout its rule.

However, the MPLA has broadened its foreign policy and allowed for greater Western influence under its current President. The administration has also strengthened its agreements with Western energy titans in the wake of the invasion of Ukraine.

In recent years, Angola has even planned to begin talks with the European Union over a trade agreement. Overall, Lourenço has abandoned Angola’s longstanding camaraderie with Russia and has begun to move the country ever-so-slightly toward the West in a significant foreign policy turnaround. However, this variation might soon have grave ramifications for the Southern African country that the President never would have thought.

The rising threat of insurgency:

Chevron developed a tightly guarded base that complies with American standards in the area where it has operated since before Angolan independence. Although the US-based corporation made billions of dollars from Cabinda’s oil wealth, its presence in the African nation has nonetheless brought about a variety of problems. The native population is still deeply impoverished and threats of violent revolt have previously been made by Cabindan guerrilla organizations like FLEC.

Since its independence from Portugal in 1975, densely forested Cabinda, which is divided from the rest of Angola by the Democratic Republic of the Congo (DRC), has been the target of a low-intensity guerrilla secessionist movement.

One of the first rebel groups to emerge on the continent is FLEC, which is motivated by a desire for oil after the end of the independence war. They have long battled for Cabinda’s independence as an oil-rich region of Angola. They attribute the region’s chronic poverty to foreign corporations’ exploitative business practices. Foreign oil corporations routinely fire hundreds of employees in order to reduce expenses after the slump in crude prices, which has made Cabinda’s situation worse.

With the current extension granted to the US-based company, the growing hostility toward Western corporations will only worsen. Without a doubt, the nation would quickly turn into a haven for insurgents.

Truth be told, the Angolan President is endangering the lives of his own people in an effort to appease his American overlords. He may also be mistaken if he thinks that America will support him militarily in his fight against the forces of secession. History has shown how the United States strives to maintain unrest in various African countries because it gives Washington the pretext to intervene and thereby seize total control of the affected countries.

All things considered, as Russia, China, and the US compete for dominance in the region, African nations should exercise extreme prudence when pursuing their foreign policy goals. Smaller nations should retain sound geopolitical ties in the vast game of power politics among larger countries. In this case, only time will tell how favorable it will be for Angola to accommodate the US, given the intensifying regional power battles between the major powers of the globe.