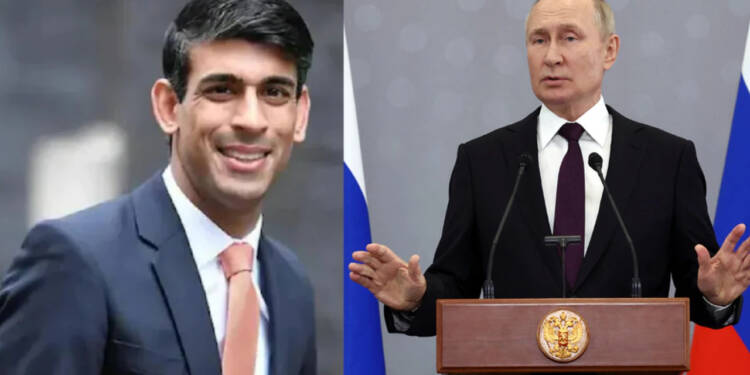 Remember, when the Ukraine war started Western countries rushed to impose sanctions on Russia. They assumed that the resources and imports they import from Russia can be sourced from somewhere else.

It’s been 9  months now, and Russia’s superiority over resources has made its European counterparts realise, that it can’t be ignored. Interdependence is the way forward.

The realisation this time has occurred to the UK. Yes, the same UK has adopted the second most pro-Ukraine stance after the US.

London Metal Exchange (LME) announced on Friday that it will not prohibit the trading and storage of Russian metal in its system. It said that a sizable percentage of the market continues to purchase Russian metal and things wouldn’t change in 2023

Russia is a significant producer of nickel and aluminium. Sanctions imposed on some Russian corporations did not target these metals or the businesses that produce them.

They didn’t want to hurt their industries on an immediate basis and wanted the thwart the impact of sanctions on themselves. The plan was to drift from Russian metals in the longer term.

But, the sanctions have hit the Europeans badly. They first imposed sanctions on energy, hoping to reduce Russia’s reliance on it. But failed spectacularly to find alternatives to Russian energy. They are paying through the nose for the few alternatives they have managed to find.

The Exchange, the largest and oldest industrial metals market in the world, published a discussion paper on the matter in October, seeking market feedback on the idea of outlawing Russian metal.

According to a statement from the Exchange, “The LME does not propose at this time to prohibit the warranting of new Russian metal or to impose thresholds or limits to the amount of Russian stock permitted in LME warehouses.”

When the LME asked for feedback, several respondents suggested that the exchange be wary of producer feedback “given a perceived vested commercial conflict of interest.”

The US, which has created a monopoly on LNG supplies to Europe, tried to influence the decision.

The American aluminium manufacturer Alcoa (AA.N) has long been outspoken about the need to bar Russian metal from exchange storage and trading.

Several other manufacturers have also made public calls for a ban.

Also Read: Netherlands chose its first liberal PM in 92 years. He turned out to be a hardcore conservative

Several big Russian companies of Russia have a large share of the world’s metal market. Around 6% of the world’s aluminium demands are met by Rusal, which is also the largest producer of metal outside of China. In 2021, Nornickel produced 193,006 tonnes of refined nickel or nearly 7% of the production from mines worldwide.

The London Exchange realizes that Russian metal can’t be replaced. Glencore (GLEN.L), a commodities trader, will purchase aluminium from Rusal for the upcoming year, and the Russian manufacturer has already sold 76% of its raw aluminium and value-added goods.

According to Western analysts, if the war is prolonged, the Russian economy will suffer. After Russia invaded Ukraine, the country’s economy collapsed. In relation to the dollar, the rouble lost more than a quarter of its value. Cut to now: The Russian rouble is the strongest it has been in decades. Russia’s economy is booming and has defied all the norms and rules of the game.

London Metal Exchange doesn’t want to lose out on business and understands Russia’s metal supremacy. The metal exchange has learned from other sectors that it’s not worth sanctioning Russia. Well, better late than never.