By attacking Warsaw and blaming the Kremlin for it, Kyiv was aiming to coerce the NATO alliance into fighting its own war 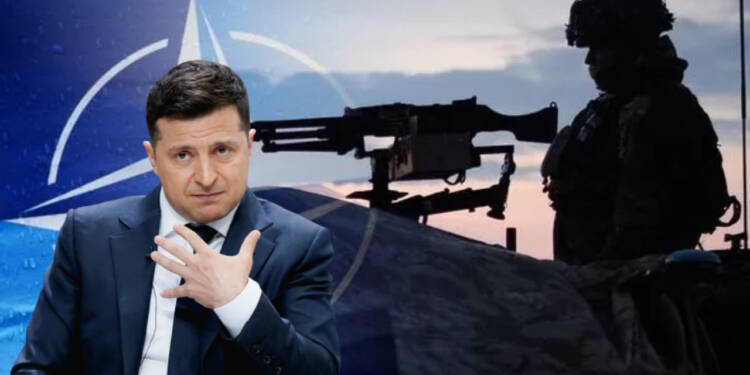 Missile strike in Poland: Lewis Black has said, “The road to madness is madness”. These words seem to aptly define Zelensky in these days of crises.

If you are following our updates on the ongoing Russia-Ukraine conflict, you might have come across several pieces that have unmasked Zelensky’s dirty politics. So it won’t come as a surprise when we tell you that the ex-comedian and current wannabe pied-piper, Zelensky has again pushed all the wrong buttons. However, as usual, the world was quick in recognising his misbegotten moves.

On Tuesday, the news about a missile strike on Poland woke the NATO members from their deep slumber. The missile reportedly landed in eastern Poland, just about 15 miles from the country’s border with Ukraine.

The missile is said to be made in Russia, but the answer to the question of ‘who fired it?’ still remains conflicted. Obviously, the world was quick in pointing its fingers at Russia and in turn, Vladimir Putin. And, the western media rummaged through several vaults to put the blame exactly where it wants it to be.

Then came the biggest surprise.

Biden administration and then, Biden himself invalidated all such claims which said Russia was behind all of this. Biden who was in Bali, Indonesia for G-20 Summit, held an emergency meeting and then stated, “There is preliminary information that contests that,”

Biden told reporters, “It is unlikely in the lines of the trajectory that it was fired from Russia, but we’ll see.”

In the meantime, Russia also denied the allegations. Later, the words of Poland President, Andrzej Duda and NATO Chief, Jens Stoltenberg reflected something similar. Remarkably, Duda, Stoltenberg and US officials were also found telling CNN that ‘the missile appeared to be originated in Ukraine’

All the officials, though, sugar-coated their words by saying that maybe the missile fell in Poland by mistake while it was taking on a Russian missile. But, we think otherwise.

You see, there is this infamous Article 5 of NATO that is based on the “principle of collective defense.” It binds all the members of the said military alliance as it says that an attack on one ally will be considered an attack against all. So, if one of the members chooses to invoke it, all the members will do everything to protect the security of the region.

Now, it is no secret that NATO has up until now just done a lip-service in supporting Ukraine, but not even a single member showed up to fight for Kyiv!

So, as expected Zelensky turned towards the shrewd approach. By attacking Warsaw and blaming the Kremlin for it, Kyiv was aiming to coerce the NATO alliance into fighting its own war. Nonetheless, not just Poland but even Biden didn’t bat an eye before implying that there is no urgency or need for NATO to invoke Article 5 against Russia.

Zelensky’s plan to involve NATO in the war has failed again, but it was cruel, to say the least. The attack killed 2 people, and if we sit and count how many he has killed in the last 9 months of chaos, the number will exceed thousands.

Zelensky’s personal endeavours and his fancy imagination of sitting at the same table with the global superpowers have destroyed Ukraine beyond repair. We think it’s time for NATO to hold the horses of Zelensky rather than spoiling him and encouraging him towards extending this brutal war.