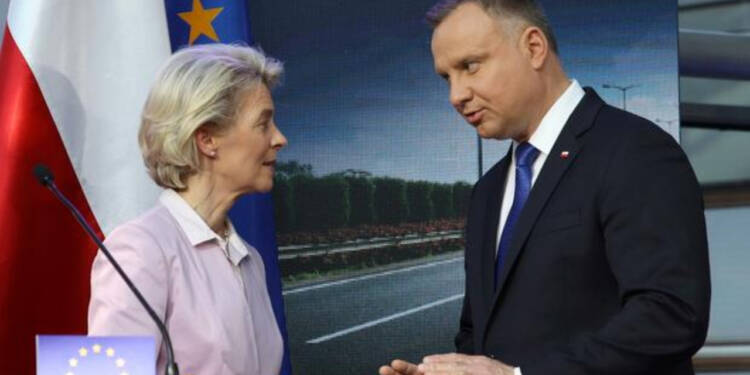 Poland has removed the sanctions on Russian energy. Yes, the same Poland which has adhered to the most anti-Russian stance in European Union after the Ukraine war. In the aftermath of the Ukraine war, Poland was among the first nations to ask for more sanctions on Russia. But now, Poland has opted for the easy way out and has left European Union in a lurch.

According to the Kommersant newspaper, the Polish oil refiner PKN Orlen has submitted an application to the Russian oil pipeline monopolist Transneft for the supply of 3 million tonnes of oil to Poland through the Druzhba pipeline system in 2023. For the upcoming year, Transneft acknowledged to Kommersant that it has received requests from consumers in Poland. This is in contrast to European Union sanctions against Russia as from December 5, the European Union will put an embargo on the purchase of Russian oil.

Poland and Germany, who both receive their oil through the Druzhba pipeline’s northern section, have already declared that they will halt their imports of Russian oil by the end of 2022. The Polish oil company has ongoing, long-term contracts with Transneft, as highlighted by Kommersant, and the country’s foreign minister, Zbigniew Rau, stated on November 14 that Orlen runs the possibility of being penalised if it unilaterally terminates the arrangement.

Well, it’s not like Poland hasn’t faced economic hassles and dilemmas after eight packages of sanctions have been imposed against Russia. But, this time it has decided against it. According to Transneft Vice President Sergey Andronov, there are “bids from Polish consumers for deliveries through Belarus in 2023” in addition to the bids from the company’s clients, who operate the southern leg of the Druzhba pipeline.

German consumers of Russian petroleum, he continued, should be “equally reasonable about securing stable oil supplies” from Russia. Therefore, Germany may be the next to violate the sanctions against Russia.

Also Read: “To hell with your war,” the Netherlands shows Biden his place and re-joins Putin

Also Read: EU runs out of sanctions to impose on Russia

But, no one was expecting Poland to do the same. In May, the same Poland urged the other members of the European Union to stand as one and impose harsh sanctions on Russia’s oil and natural gas industries in response to the conflict in Ukraine. It also asked nations to not give up on the pressure to pay for their energy in Russian rubles.

According to the research tank Forum Energii, Russia supplies 46% of Poland’s gas, 64% of its oil, and 15% of its coal. As a result, it ranks among the top EU consumers of Russian energy, therefore the realisation to fall back on Russian energy was long time coming. As the winter approaches, the heat of sanctioning Russia is increasing among European countries. The imposed sanctions will be waived soon enough.