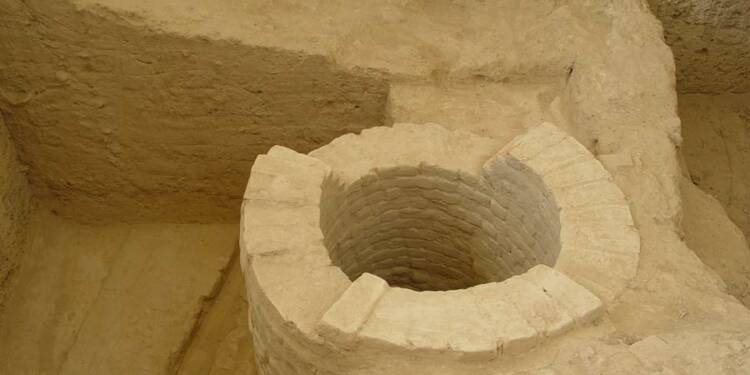 Banwali or Banawali is an Indus civilization site, located in Hisar district of Haryana. The site was excavated in the year 1974 by R S. Bihst. This site in village Banawali is on the dry bed of ancient river Saraswati. Three levels of Harappan culture have been obtained from this site – Pre-Harappan, Developed Harappan, North Harappan. From here there was lack of water drainage system, which was the most important feature of the Indus civilization. Excellent pottery of Harappan period, many seals of Selkhadi etc. Have been obtained from here.

Banwali shows all the signs of the cities of the Indus Civilization, this city was a city of prosperous people. A wash basin has been found attached to a house from here. Fire altars have also been found from the houses here. Among the other things found in the excavation – earthenware, seals, stamps, batkhares, guriyas, bangles etc. Have been found. A plow made of clay and some female idols have been found from here. Barley grains have also been obtained in considerable quantity. Remains of roads and drains, beads, copper arrowheads, chert blades, baked clay seals have been also found here. Among the relics obtained from Banawali, the shape of plow in the form of a toy has been obtained.

A terracotta plow model is important because it is the most complete specimen found so far in the Harappan culture. Other notable finds include semi-precious stones, Terracotta and shell, cherite blades, weights and figures of ivory and bone, pearl and foil, gold figurines, figurines of figurines, engraved stele seals and terracotta seals, copper fish-hooks, burnt grains etc.

The Bur culture (1900–1700 BCE) is also represented by the most prestigious pottery, which is strong and heavy, made of fine clay, carefully fired and finished with a deep fiery oily sheen . Minor finds are scant and all classical Harappan objects except terracotta nodules and cakes.

When was the excavation of Banawali done?

In the year 1974 the site of Banawali which is located in the Hisar district of Haryana, was discovered by Rabindra Singh Bisht. This site was situated on the banks of the Rangoi river.

Which river flows in Banawali?

Banawali is an archaeological site which is located in the district of Haryana, which is related to the Indus Valley Civilization. It is 120 km from Kalibanga and 16 km from Fatehabad. This city was situated on the banks of the Rangoi river.