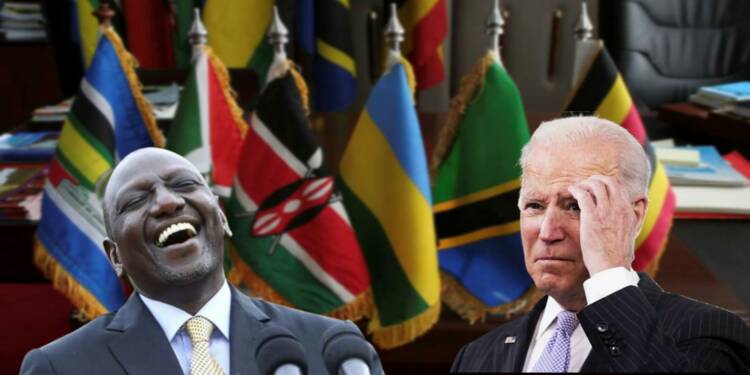 Over the past 500 years, our globe has experienced enormous changes in political systems, international relations, economy, women’s and men’s rights, and social organizations and relationships. But the predicament of the poor and helpless workers hasn’t changed. Industrialized nations and cultures have profited from the free or inexpensive labour of conquered lands or the oppressed around the globe, throughout recorded history.
Beginning in the 16th century, exploitation by powerful imperialist western nations became the new world order, resulting in pervasive exploitation of native populations and the inhumane treatment and deaths of millions of people. Even while much has changed since then, the industrialized world’s continued exploitation of the African countries hasn’t altered.

This is essentially what the West wants—to keep these under-developed nations perpetually reliant on them so they may continue to fill their riches by exploiting the vast resources of the continent. An empowered Africa would never be advantageous to the West. Africa’s enslavement served as the foundation for the riches of western nations.

Exploited and abused for millennia by white colonial powers and deceptive economic structures, there is a growing sense of solidarity and indications of resistance in the African continent. And this time, Kenya is blazing the torch of defiance to neo-imperialism.

Kenya and Ethiopia last month agreed to a 25-year power purchase agreement that will allow Kenya to import 600 megawatts of electricity from Ethiopia. The agreement, which is valid until 2047, makes Ethiopia—Kenya’s second-largest hydroelectric source.

A smaller tale in a Meta narrative

Make no mistake, this deal is merely a smaller tale in the meta narrative of Ruto’s expanding efforts to integrate the East African economy in particular and the African continent in general and thereby help safeguard Africa from exploitative Western countries. A few months ago, the Kenyan President officially began construction on the Mtwapa-Kwa Kadzengo-Kilifi (A7) road, which will connect Kenya and Tanzania. In order to strengthen connectivity, trade, and the tourism industries within the East African Community, he pledged to place more focus on infrastructure development.

Not only this, the East African country has in the past, along with its counterparts, in the East African community raised the Common External Tariff (CET) for imports entering the bloc to 35 per cent .The nation is effectively endeavoring to encourage indigenous manufacturing by raising tariffs on sectors that rely significantly on imports. The expansion of several industrial industries in Kenya, including the food and beverage, leather, and footwear industries, among others, would undoubtedly be aided by this action, which will also increase the number of employment opportunities for local Africans.

Furthermore, the rise of local tech industries in Kenya is noteworthy. Nairobi is the third-largest location on the continent for the companies that are expanding the quickest, according to new findings.

Ten of the 75 fastest-growing companies in Africa are based in Kenya, according to the first-ever FT annual ranking.

Ruto has already shown that he possesses extraordinary political and administrative acumen. The current government’s continuous support for regional businesses and supervision over the unethical actions that Western countries engage in on Kenyan soil speaks volumes about how fervently patriotic the President has been throughout his administration. Ruto is astute to recognize the enormous potential that his nation has, but for his vision of an influential and powerful Kenya to materialize, his government must spearhead a Pan-African fight against Western paternalism.