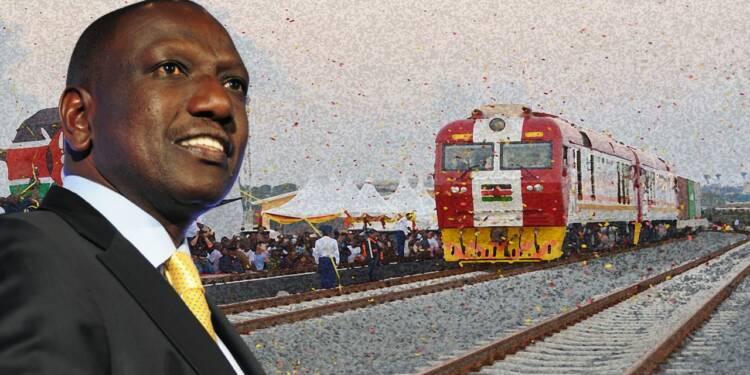 Kenya first: “I assume as President of Kenya”, President Ruto made this comment after barely winning the elections, and he meant it from the bottom of his heart. Ruto wasted little time following his election as Kenya’s leader in seeking recognition or anything from the West. He appeared to be on a rampage against the West. William Ruto made his debut speech to the United Nations General Assembly on September 21. Ruto didn’t sugarcoat anything. He didn’t make vague remarks against some nation or Union; instead, he went full force at the UN.

President Uhuru Kenyatta (ex-President) stated that in order to continue the same pace—the Fifth Administration should not shy away from using ‘other people’s money. Debt, in a cleaned-up government, is an enabler, not a burden. My administration exploited ‘other people’s money’ to bridge our infrastructural deficit and link our markets. If it used to take a maize merchant three days to go from Kitale to the South Sudan border, what we borrowed today reduces that time to five hours.

His views come as the National Treasury proposes raising the debt ceiling from the current US$77 billion to US$86 billion, allowing the government to borrow more to fund the US$28 billion budget for the fiscal year 2022/23. A large portion has gone to infrastructure projects, the most important of which is the Standard Gauge Railway (SGR), which contains contracts, agreements, and studies relating to its construction and operation.

For this purpose Kenya went on to take a loan from China under President Uhuru Kenyatta for constructing a railroad. Kenya borrowed $5 billion to build a railway line from Mombasa’s port to Naivasha, west of Nairobi. The railway began operations in 2017, and the government required firms to move products by rail in order to help repay the debt.

Kenya’s former administration is accused of borrowing excessively to fund economic projects, which has fostered corruption. China also contributed $734 million to the construction of a 27-kilometer road in Nairobi. The railway began operations in 2017, and the government required firms to move products by rail in order to help repay the debt.

Kenya wants to renegotiate the multibillion-dollar loan from China for the construction of a new railway. Kenya, according to Transport Minister Kipchumba Murkomen, is up to date on payments but cannot continue on the present 20-year timeline. In response to inquiries from a parliamentary committee, Murkomen stated that the country will need to request a longer payment time, particularly for loans used to build the Standard Gauge Railway. Treasury Cabinet Secretary Ukur Yatani dismissed the allegations as “misinformation,” claiming that the East African economic powerhouse’s financial status was “healthy and robust.” It is important here to know, that Kenya is one of the major economies of EAC.

Ruto is on a spree to unite EAC

Ruto recognises the significance of a self-sufficient and growing economy, which reduces reliance on Western countries. In order to make the East African community both economically self-sufficient and secure, Ruto is making several efforts on multiple fronts. Railways play an important role in the economic growth of a country, and Kenya too is aware of the importance of railways. Additionally, Ruto is also well aware of the ulterior motives, which they conceal in the name of aid, loans, grants etc. It is better to deal with a known enemy than an unknown friend and this is exactly what Ruto is doing. He is ready to renegotiate the terms with China, for the larger benefit of his country and people.

Kenya as a stakeholder will not let the East African community go into the hands of the West or Debt-Trap diplomacy players. Ruto has put Kenya first and it has instilled the pan-African motive across the continent which is a thorn in the flesh of the West.