Now that the US and Europe have realised that cutting ties with Russia was a blunder, they are trying to undo it 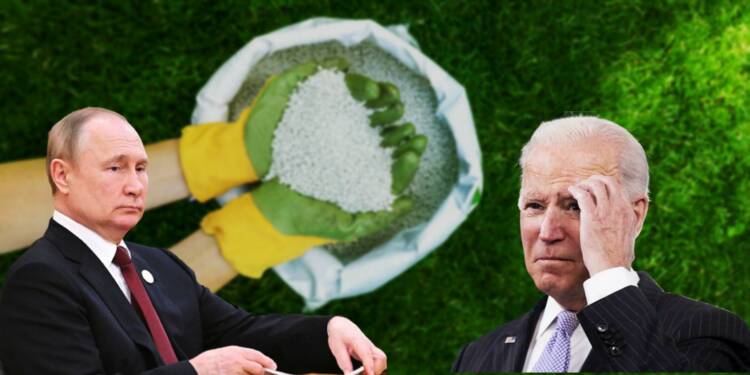 When we are in panic, we start making decisions which are irrational and demonstrate our desperation to get out of the situation, that is the condition of the West today. Because the very nation which the US and EU viewed as their chief adversary is being approached for help by them.

Ever since the start of Ukraine-Russia crisis, the US in addition to supplying Kyiv with weapons and economic assistance has also deployed a propaganda campaign against Russia. Biden falsely accused Putin of ordering the killing of Ukrainian civilians, labelled him a war criminal and called on the International Criminal Court (ICC) to hold him accountable.

The Washington Post reported that Biden’s regime is also documenting “crimes” committed by the Russian military in Ukraine which will be used as evidence against Moscow.

Desperate to get Moscow to suspend its operation in Ukraine, the US and Europe imposed sanctions on Russia. The West attempted to destroy its economy by barring Russian Banks from the international financial system, placed limits on deposits its citizens can make abroad, banned the import of oil and gas, froze the assets of Putin, his foreign minister Sergei Lavrov and seized the property of businessmen close to the Kremlin.

The West was confident that the systematic isolation of Moscow would pressurize it to abandon the fight to safeguard its sovereignty.

However, several officials in the Biden administration stated that instead of damaging Russia’s economy, the sanctions ended up causing several severe crises in the US and the Europe. At the time when sanctions were being implemented, Biden and his allies emphasized that they would not have any major repercussions on the financial system of the West.

But they were wrong as the prices of food and energy skyrocketed. The US experienced the highest inflation in four decades. In fact, the Treasury Secretary, Janet Yellen, accepted that she was wrong when she stated that the impact would be minimal.

In contrast, the economy of Russia proved far more resilient as it benefitted from high gas and oil prices due to the West’s sanctions regime. The Finnish Center for Research on Energy and Clean Air discovered that Russia earned around 93 billion euros in revenue from energy exports.

Western leaders, who were hoping that their measures would hinder the financial growth of Russia and employed disinformation tactics to turn public opinion against Moscow, are in a great shock after their failure.

Now that the US and Europe have realised that cutting ties with Russia was a blunder, they are trying to undo it.

In response to the deteriorating situation in their countries, Western leaders decided to reverse their policies. The European Union lifted sanctions on the export of food and grains from Russia and allowed its state-owned companies to sell oil to EU and its allies. In fact, the EU also chose not to ban the import of diamonds from Moscow.

The West is in a helpless situation, it is approaching Putin to fulfil not just its own needs but also that of its allies.

Read more: To appease the West, Malawi irked Putin and now its economy is on ventilator support

The West requested Russia to supply fertilizer to Malawi following which the UN announced that Moscow will send 260,000 tonnes of fertilizer to the African country.

Now, Malawi is an ally of the US. It voted in favour of Ukraine during the UN resolution vote and received $350 million in aid from Biden who commended its government for tackling corruption.

We earlier explained that Malawi is troubled by an economic crisis stemming from a refugee influx from countries such as DRC and Ethiopia due to the atrocities of West backed terror groups like M23 and TPLF.

In such a situation, Russia could have entered the scene, and provide Malawi help to bring it on its side. So, in order to prevent this from happening, the West called on Moscow to provide Malawi with fertilizer in order to manipulate the African nation into believing that it is the US and Europe which are taking care of its interests.

Hence, Biden, Macron and Ursula Von der Leyen are at the mercy of Putin because if he decides to reverse his decision then Malawi will realise that its problems are caused by the West and will embrace Russia.

However, eventually this will happen.