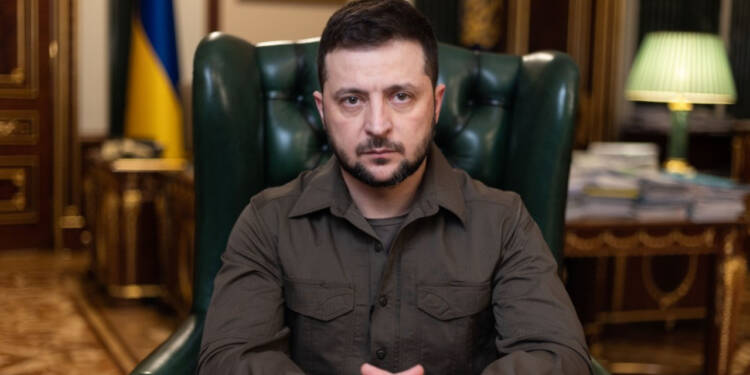 Ukraine war day 272: We have bad news for you. Zelensky’s jokes are breathing their last. Ukraine’s President Volodymyr Zelensky is being surrounded from all sides before he’s rejected once and for all. American President Joe Biden who first pushed Ukraine into war against Russia has now started to clean up his mess. Agencies across the world are gearing up to make Zelensky the ‘scapegoat’ of the war.

Russia’s defence ministry, last Friday accused Ukraine of a serious ‘war crime’. It said that Ukraine has executed more than 10 Russian prisoners of war. The ministry referenced a video that it said depicted Russian soldiers being executed and was going viral around on the social media of Russia. The defence ministry said, “This brutal murder of Russian servicemen is neither the first, nor the only war crime. This is common practice in the Armed Forces of Ukraine that is actively supported by the Kyiv regime and blatantly ignored by its Western patrons.”

The video appears to show Russian servicemen surrendering to armed individuals wearing yellow bands on their arms and lying down on the ground near Makiivka, in the Luhansk area of eastern Ukraine. Then, all of a sudden, automatic shooting breaks out, killing at least 12.

According to The Times, the gruesome videos were originally shared on Ukrainian news websites and social media platforms. The recordings were distributed on Ukrainian networks as illustrations of the nation’s effective resistance against “Russian invaders”.

“Allegations of summary executions of people hors de combat should be promptly, fully and effectively investigated, and any perpetrators held to account.” This is not all. Ukraine has also been alleged of many rapes, torture, and executions since the war started.

Further, the recent missile strike into Poland by Ukraine led to a ruckus in the entire Europe. By attacking Warsaw and blaming the Kremlin for it, Kyiv was aiming to coerce the NATO alliance into fighting its own war, but it failed terribly. The western allies of Ukraine too understand the fact that supporting a country indirectly and jumping directly into the war are two different things.

Also Read: Biden administration is executing Plan A and Plan B simultaneously in Ukraine

Further, several blasts near Zaporizhzhya Nuclear Plant also received an extreme reaction from the UN nuclear watchdog chief. Director General Rafael Mariano Grossi of the International Atomic Energy Agency (IAEA) remarked that the explosions from last evening and this morning further highlighted “the urgent need for measures to help prevent a nuclear accident there.” He added, “As I have said many times before, you’re playing with fire!”.

Clearly, Zelensky and his precarious regime has continuously refused to learn the lessons from its past mistakes. Rather than coming to negotiating table and working towards ending the on the day 272 of Ukraine war, Zelensky wants to relentlessly fuel it.

Additionally, as the reports of Ukraine’s wrongdoings are flashing in the media, Kyiv has also become apprehensive of Western journalists, the same people who effortlessly carried his propaganda. Ukraine has now forbidden them from the locations of his dark wrongdoings.

Clearly, Zelensky and his regime, which had so-far presented itself in pious and saintly light are now being exposed left, right and centre. The time isn’t far when Biden will scapegoat Zelensky for the whole crisis and give a clean chit to himself. Do watch out.