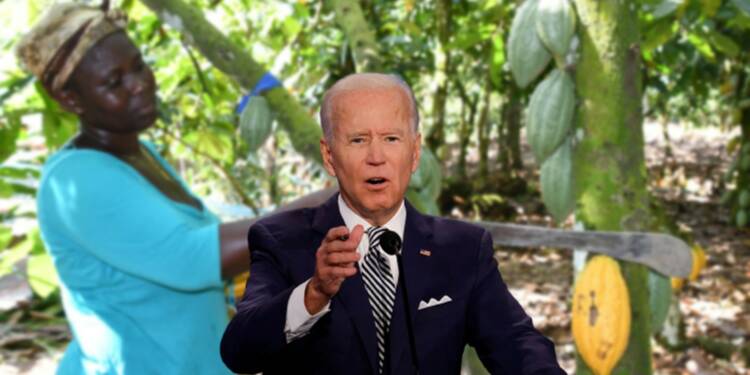 Most people adore chocolate but do not know that its principal ingredient comes from relatively poor African countries like Ghana and Ivory Coast. Similarly, the world is not very well aware of the poor treatment of cocoa producers at the hands of Western companies. But their governments and farmers have said no more and decided to put up a fight against those big companies. But will they succeed?

Ghana and Ivory Coast are the biggest producers of cocoa in the world. Cocoa is the main ingredient used in the manufacturing of chocolate, these nations produce two-thirds of it. While Ghana exported about $1.2 billion worth of cocoa in 2020, forty percent of cocoa’s supply in the world comes from Ivory Coast.

Big multinational corporations such as Nestle, Barry, Olam among others purchase cocoa from these two countries and then sell their final product across the world. It has been uncovered that these companies are involved in the exploitation of cocoa farmers in Ivory Coast and Ghana. The chocolate industry in the world, which is estimated at $130.56 billion, has systematically exploiting cocoa growers by eating into the revenues of this industry.

The conduct of these Western corporate players, which turn a blind eye to the hard work and dedication of farmers, is shameful and represents a colonial mindset which engages in profiteering from the subjugation of people in Africa and Asia.

Most of the farmers earn even less than $2 a day, in Ivory Coast their income is less than four times of such level. In Ghana they get just $0.78 on an average.

The share of cocoa growers in the final product has decreased as many brands and retailers cunningly gained a larger share. In the 1970s, when cocoa prices were high, cocoa had 50% of value in the final product, which came down to 16% in the 1980s and today farmers are getting just 6% of the final value of finished goods. In order to curb this phenomenon, the governments of these countries have decided to apply a $400 per tonne premium on the floor price of cocoa by introducing LID on all cocoa sales.

Now, what is a Living Income Differential (LID)? It is a policy introduced by the governments of Ivory Coast and Ghana to help their cocoa growers. According to LID, a certain premium on the export price of cocoa in addition to the floor price will be applied in order to help the poor farmers.

The decision is intended to increase the income of farmers so that they can grow their business and come out of major losses. This is a big step by Ghana and Ivory Coast in the fight to ensure justice to their cocoa growers.

Well, this is not the first time that these nations have tried to bring attention to this critical issue. Recently, Ghana and Ivory Coast decided to boycott the World Cocoa Foundation, which was a summit on cocoa sustainability held in Brussels. Since, companies are obstructing any attempt to improve the income of cocoa farmers, they felt that their boycott would send a loud and clear message.

Their decision to not take part in the meeting highlighted the poor state of their farmers internationally and indirectly told companies like Nestle and Hershey that they will be forced to stop the supply of cocoa to them if they don’t put an end to their practices of exploitation and extortion.

Recently, Ghana and Ivory Coast reiterated their stance regarding the Living Income Differential (LID) to chocolate manufacturers and told them that they need to pay high prices to cocoa farmers. Earlier, both nations suspended the sale of the commodity for the season of 2020/21.

At the start of the harvesting season, both nations set the prices that farmers will get for their produce which will be maintained for the whole year and give them a guaranteed price.

Taking into consideration the measures implemented by the two nations, it is evident that the sincerity displayed by their governments with respect to their cocoa farmers will address their concerns in future and end this corporate culture of greed.