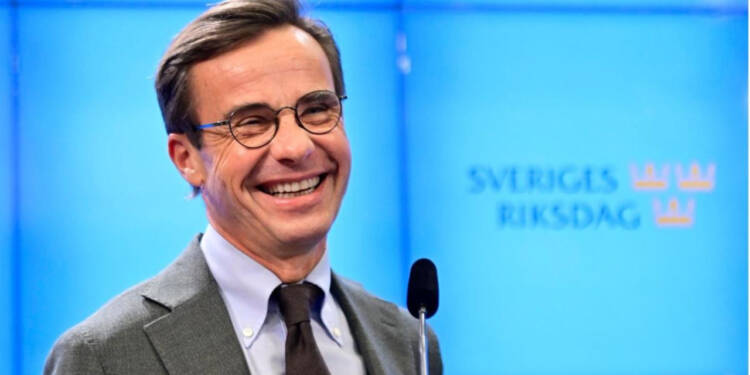 Sweden has been suffering from the inundation of immigrants at the hands of its former prime minister Magdalena Andersson. The law and order situation in the country has been toppled by the huge migrant flow and the former PM had also accepted her incompetency in dealing with the issue. The Scandinavian country was reduced to a crime site but Anderson kept on blaming the criminals and sat back with folded hands.

Data suggests that gang violence has been much more prevalent in the country as compared to the other EU nations. But, the recently concluded elections brought a ray of hope for the country. The immigrants who have rocked the nation with violent riots and crimes are now breathing their last in today’s Sweden. All thanks to the newly elected Prime Minister Ulf Kristersson, who has gone tough against the fluid migration policy of Anderson’s regime.

Under Magdalena Anderson’s Democratic Party, the once-safest nation in the world saw a dramatic transformation. Sweden now stands at the number one position in Europe in terms of fatal shootings. Notably, in the early 2000s, Sweden had the lowest rates of gun violence on the continent. However, by 2019, it reported the maximum number of shootings in Europe.

According to a report by The Swedish National Council for Crime Prevention released in 2021, the crimes were found to be higher in areas inhabited by immigrants as compared to other regions in Sweden. But now, the country is all set to firmly close its doors to the migrants. According to local media, Sweden has suggested amendments to its immigration rules in an effort to convert permanent residence to temporary status. The general director of the Migration Agency, Mikael Ribbenvik, told SVT Nyheter that “an investigation will look at the circumstances under which current permanent residence cards may be converted to temporary residence permits.” This would be the first instance of it occurring in Sweden. This has never happened before, “added Ribbenvik.

Read More: Orbán is now in charge of setting the mood against the EU in the Balkans

Approximately 300,000 people in Sweden currently have permanent residency cards, which give them unrestricted access to the nation for the duration of their stay. Ribbenvik acknowledged that the proposal might worry some of these folks.

The Swedish government’s intentions to do away with permanent residency is another step in the nation’s fight against immigration. Last month, the right-wing government and Sweden Democrats reached a deal, called the Tido Agreement, which proposes drastic immigration measures and a reduction of refugees coming into Sweden, from 5,000 per year to just 900.

It also calls for the elimination of the system of permanent residency permits and the potential return of those who have not assimilated. Clearly, the new prime minister of Sweden is going tough against the immigrants who are creating a ruckus on Swedish land. Ever since they flooded the country, gang crimes have been fueled in large numbers. Since 2020, many high-profile killings have taken place, as a result, Deputy National Police Chief Mats Löfving had to issue a statement where he pointed out that 40 migrant clans are operating in Sweden and held them responsible for the violence.

He said, “These clans have come to Sweden solely to organized crime. They work to create power, they have a great capacity for violence, and they want to make money. And they do that through drug crimes, violent crimes, and extortion.”

As per reports, the authorities identified 60 “vulnerable areas” in Sweden. Mostly inhabited by immigrants, the unemployment rates and crimes are higher in these areas compared to other regions in Sweden. For proof,  with only 5.4% of the population, 50% of shooting incidents took place in these areas. But, the Social Democrats led by Magdalena Anderssonfailed miserably to handle the situation.

However, Sweden under Kristersson is ready to take the task on its plate and is in a bid to tighten the policy. Much to the people’s relief, the new government of Sweden is gearing up to build a giant wall to stop the immigrants from entering the Swedish land, and at the same time, it is even preparing to throw the existing ones out of the societal fabric of the country.

Meghan Murphy: Trudeau’s Twitter nightmare is back with a bang