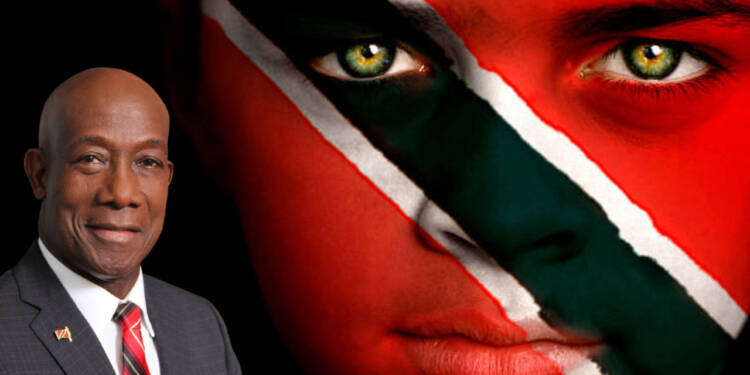 Trinidad was visited by Christopher Columbus on his third voyage in 1498. It was then first colonized by the Spanish and Spanish rule in Trinidad continued until 1797 after which it was captured by the British.

Trinidad was formally ceded to Britain in 1802. Under British rule, Trinidad’s development as a sugar colony continued.

The island of Trinidad was inhabited for centuries by indigenous peoples before becoming a colony of the Spanish Empire.

In 1845, the immigration of indentured workers from the Indian subcontinent began; it continued until 1917. As early as 1870, about one-fourth of the total population consisted of Indo-Trinidadians.

The ethnic makeup of Trinidad is dominated by two groups, roughly equal in size: descendants of enslaved people, whose ancestors were brought in to work on cotton and sugar plantations beginning in the late 18th century, and Indo-Trinidadians, or East Indians, whose ancestors were primarily labourers who immigrated from the Indian subcontinent as plantation workers after the abolition of slavery in the mid-19th century.

The two islands (Trinidad and Tobago) were joined politically as British colonies in 1888. From 1958 to 1962, they were part of the short-lived West Indies Federation, together with Barbados and Jamaica and other former colonies of the United Kingdom.

The petroleum industry dominates the economy. Tourism and manufacturing are of great importance. In Tobago, tourism is by far the largest sector of the economy.

The country is one of the most prosperous in the Caribbean thanks to its large petroleum and natural gas production and processing.

Tourism, mostly in Tobago, is targeted for expansion and is growing.

Large natural gas reserves off the coasts of Trinidad and Tobago are also exploited. Although oil production has declined from its peak in the late 1970s, both oil and natural gas contribute substantially to the country’s economy. Liquefied natural gas (LNG) is a major export commodity.

Oil production and refining and the production of liquefied natural gas (LNG) are the major industries, but government policy has encouraged economic diversification to reduce dependence on imports and on petroleum and LNG production.

The PNM government of 1991–95 continued most of the economic and social policies inaugurated by its NAR predecessors. The National Alliance for Reconstruction (NAR) was a political party in Trinidad and Tobago and was the governing party between 1986 and 1991.

Trinidad and Tobago, under the UNC govt, saw considerable new investment, especially in tourism, petrochemicals, and natural gas. Since the beginning of the 21st century, Trinidad and Tobago has continued its rapid pace of industrial development.

The current Prime Minister of Trinidad and Tobago is Keith Christopher Rowley who led the People’s National Movement in the September 2015 general election.

Among the major issues faced by the small island nation is rising crime, especially crimes against women. Organized crime contributes to high levels of violence. Corruption among public officials is another challenge.

Citizens in Trinidad and Tobago want an end to gender-based violence. Cases of violence against women have often triggered a national outcry.

There was a 140% increase in cases of abuse of women and girls reported to the Trinidad and Tobago Police Service (TTPS) in 2020, compared with the same period the previous year.

Further, the country is struggling to curb its homicide rate. Its climbing homicide rate is attributed to gang violence. According to reports, gang violence is only worsening. In 2020, 205 of the 393 murders registered in the country were credited to gangs, according to the Trinidad and Tobago Police Service (TTPS). And, this year’s murders total has already far outpaced 2020. Trinidad and Tobago has registered well over 400 homicides, so far this year.

Trinidad and Tobago is recognised as a high-income economy by the World Bank. Unlike most of the English-speaking Caribbean, the country’s economy is primarily industrial. It has had a robust economy over the last decade primarily because of rapid growth in its production of natural gas and the country’s substantial exports of petrochemicals. The government’s initiatives to diversify its economy will go a long way in further strengthening its economy. The nation boasts one of the highest per capita incomes in Latin America. It surely has vast economic potential. Trinidad and Tobago is yet to fully tap into its vast potential of tourism.

The tourism sector is an area where T&T can build a more sustainable economy.