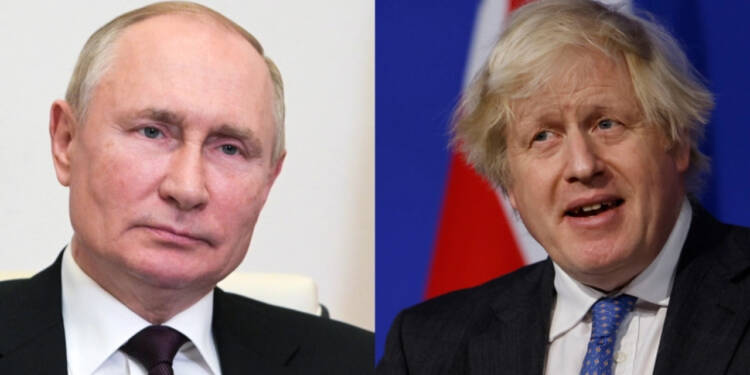 After the Ukraine war started at end of February, UK was the first one to plan to sanction Russian oil. Cut to nine months later, the UK has phased out the Russian oil ‘officially’. But ‘unofficially’ it still continues to use the Russian oil. The matter of fact is that London never sanctioned Russian oil.

The intention to gradually stop importing Russian oil was announced on March 8 by Boris Johnson, the then-prime minister of the UK. The next day, Kwasi Kwarteng, the then-business secretary, in a Commons debate declared that the UK “must end its dependency on all Russian hydrocarbons.”

Kwarteng said, “Our trade, financial and personal sanctions are having an effect on the Russian economy. The British government has sent a clear message to Putin’s regime and to those who support him in his war against Ukraine.”

Read More: Russia’s final clamp down on US Dollar

This was eight months after the Ukraine war. The sanctions were actually fruitful in the beginning. Russia’s Rouble fell 70% to 139 against the American Dollar. Russian Rouble is now the strongest it has been in two decades. All these points prove the same point that Russia has bounced back strongly after the sudden jolt of sanctions.

As of now, the UK importing oil from Russia is legal. However, after the due date, all imports are prohibited under sanctions. Though the nations and businesses that are observed purchasing Russian oil run the danger of losing their goodwill. However, maritime experts assert that the UK’s import registration procedures and the rise in ship-to-ship transfers would make it impossible for the UK to impose sanctions on Russian oil.

Ships are required to disclose the nation of origin of their cargo when they enter the port, in the case of refined oil. The Office for National Statistics (ONS) and HM Revenue & Customs collect data on oil imports. The value of the cargo, the nation from which it was sent, and its nation of origin are all recorded by HMRC.

The ONS compiles this information. However, the country of dispatch, not the country of production, is used to determine an import’s nationality. This implies that if a German company imported a shipment of Chinese-made goods to the UK, the shipment may be reported as coming from Germany. bAccording to the ONS, the UK did not import any oil from Russia in June. According to a Commons research study that was used to brief MPs, there were no imports of Russian oil in June or July. On August 24, Kwarteng tweeted the same statistic, which was also mentioned in a parliamentary discussion.

HMRC data, however, reveals that in June, British ports received more than £78 million worth of Russian oil. These were listed as imports from Belgium, Estonia, the Netherlands, or Poland. Further, ship-to-ship transfers took place to shield Russian oil. Refinitiv data indicates that there have been 267 ship-to-ship transfers of Russian oil worldwide since March. According to UK trade statistics, since March, ten UK ports have received a total of £778 million in Russian oil. But, all were disguised as coming from other nations.

Clearly, even though European nations are pretending to have sanctioned Russian energy, they can’t let go of it. And, well it’s practically impossible because they have no alternatives.

It’s time they come to realisation, and take steps to end the war in Ukraine rather than fuelling it, and remove the sanctions because they can never let go of Russian energy, be it gas or oil. According to official documents, the UK hasn’t received any oil from Russia since the Ukraine war started. But, the truth is contrary to the fact.