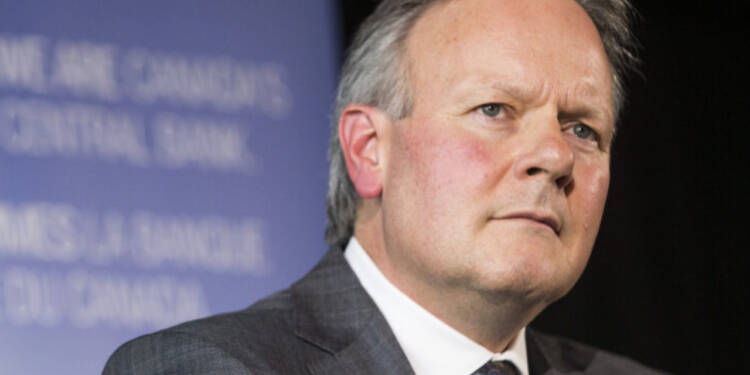 Anyone with even a little understanding of the economy knows that a country’s productivity and economic growth are co-related. When comparing real output per hour worked, the Canadian workforce in 2000 was 82% more productive than the American workforce.

That proportion fell to 77% by 2020, which was just above the OECD average. Canada’s workforce is still generating more value-added per hour worked than Japan, New Zealand, and the OECD average.

Still, the workforce is less productive than in the U.S., France, Germany, the United Kingdom, Australia, and Italy. This is one of the main reasons why Canada’s economy is in the doldrums. But, the calls of fixing these loopholes are falling on deaf ears.

The liberal government believes that everything is fine in the nation. But now, even the former governor of the Bank of Canada does not believe so.

According to new media reports, Former Bank of Canada governor Stephen Poloz has criticized Ottawa for its mismanagement in handling the productivity of the nation.

Reportedly, Stephen Poloz has stressed that Government’s “red tape” is sending productivity “down the drain”

The former governor of the Bank of Canada believes government red tape and over-regulation are sending Canada’s economic productivity down the drain.

Economy going down the drain

While speaking about the country’s export potential during a Forum for International Trade Training webinar, Stephen Poloz pointed to the fact that Canada’s productivity performance is performing terribly among Organization for Economic Co-operation and Development (OECD) countries.

Stephen Poloz added, “The living standard can’t be maintained with things like fiscal policy or good monetary policy. Those are just ingredients that can help around the edges,”

He added, “We (the govt officials) tend to get in way. There’s a lot of low-hanging fruit around the productivity issue. It has to do with government regulations or processes for getting things done,”

He furthermore explained, “If you’re putting headwinds in front of that all the time. Regulations are different from one province to another or between the provinces and the feds. (Businesses) are not sure who’s in charge and who sets the scene and so on,”

A hostile environment for Business

To be honest, Stephen Poloz is not wrong at all. In a report published a few days ago, it was found that Canada is lagging behind other Organization for Economic Co-operation and Development (OECD) countries when it comes to bringing in business investment.

According to the study, Canada’s business investment is 50 cents per worker compared to every dollar invested in the United States.

Red Tape has turned out to be the biggest loggerhead in Canada’s economic growth. Businesses have been complaining about government overreach for a long haul. Sadly, things are just getting worse, never better.

A decade ago, the Canadian Federation of Independent Business surveyed to get a better sense of how the red tape was stifling business productivity.

One should not be surprised if those percentages are now getting an all-time high.

The size and reach of the Canadian government increasing like hellfire. The result is a less competitive economic environment and higher taxes on both individuals and businesses.

It’s time for businesses to be freed from mountains of red tape so they can concentrate on what they do best: offer their customers high-quality goods and services at reasonable prices. So, dear officials in Ottawa, get your senses and at least listen to people because you all are turning a capitalist nation into a hellhole communist state.