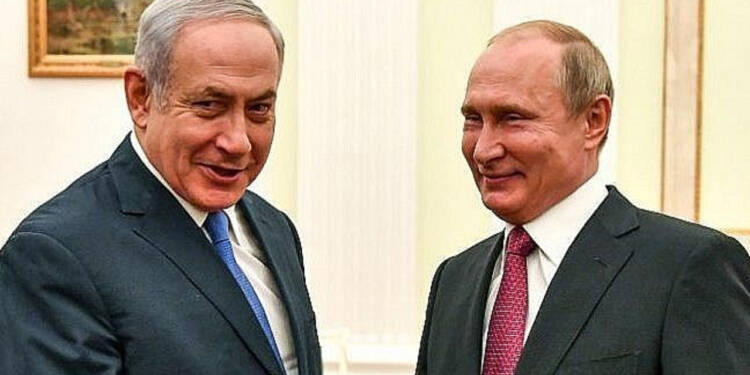 Source- The Times Of Israel

Biden administration’s imprudent foreign policy is on the verge of wiping away the influence of the United States from the Middle-east. Even before Netanyahu had taken the oath of office, Washington continued to quarrel and meddle in the internal affairs of the state. And all this gave an opportunity for relations between Israel and Russia to bloom.

Out of the 120 seats in parliament, Netanyahu and his right-wing allies took home a total of 64 seats. According to the Israeli electoral commission, Netanyahu’s Likud party received 32 seats, while ultra-Orthodox parties gained 18 seats and a conservative coalition garnered 14 seats.

Netanyahu is yet to take the oath and strike a deal with his coalition partners on the cabinets and other issues. But the Biden administration has already started violating Israel’s sovereignty. Israel is already under pressure from the US on the appointment of the nation’s next defence minister.

According to Israeli sources, the Biden administration has made it clear to Benjamin Netanyahu that it does not want Bezalael Smotrich, an aggressive politician, to be appointed defence minister. Smotrich had already shown interest in the position and is firm on his demand. This week, Smotrich allegedly declined the position of the foreign minister that Netanyahu was attempting to give as a substitute. Furthermore, Netanyahu may not be able to create a coalition government without Smotrich’s support.

The US is pressurising Israel as Jerusalem needs specialised weaponry and replacement parts for its American-made defence systems, which are mostly employed by the Air Force. For instance, Israel has asked for more access to the F-35 subsystems so that it may install various Israeli-made equipment, and the US might delay its response.

The United States is worried about Smotrich because they believe he will act in a way that further escalates the Israeli-Palestinian conflict. Smotrich has stated that he favours increasing the number of Israeli settlements in the West Bank. Further, Washington is also pressurising Israel to send weapons to Ukraine.

Netanyahu and Moscow to come closer

The interference of Biden administration will surely make Jerusalem move towards Moscow. Netanyahu cultivated a cordial personal connection with Putin during his 12-year term as prime minister, whereas most of Europe and the US came to view him as a danger and bragged of his strong links to Putin in previous election campaigns.

Dmitry Peskov, the Press Secretary of the President of the Russian Federation, after Netanyahu’s winning mandate said, “We definitely value constructive relations with our Israeli partners. It is certainly important for us to see people at the helm of Israel and the government, who share a common approach toward further developing bilateral relations.”

Further, he has had a particularly bad relationship with Democrats. Obama’s Iran nuclear deal has been a bone of contention between the two parties. Obama also promoted the two-State solution by instigating pro-Palestine sentiment.

All in all, Biden’s brainless foreign policy and imperialist tendencies are drawing a rift between Washington and Jerusalem. And, that’s a good news for Putin as he waits to reap the benefits of it.