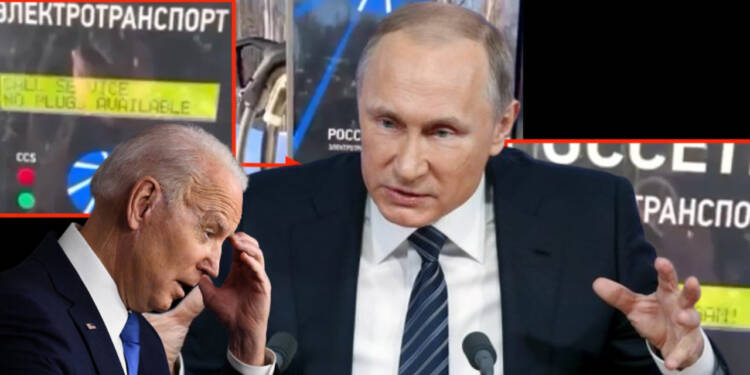 Remember the Moskvich cars? The renowned automobile brand is making a comeback. And it seems that it’d be challenging the American cars already. Thanks to the European sanctions and the idea of “hurting” Moscow, the Russian economy is growing by leaps and bounds.

On Wednesday, Russia launched an upgraded model of the celebrated Soviet-era automobile brand, Moskvich, at a former Renault facility in Moscow. The relaunch comes at a time when Russia is working tirelessly to become economically independent as its coffers are still being strangled by Western sanctions.

To put things in perspective, Tesla could sell only around 18,000 cars in 2015. Today, it sells around 300,000 to 400,000 cars. If Moskvich comes close to selling as per its plans, it’ll emerge as a big giant in the automobile industry. Kamaz estimates that 600 electric vehicles would be produced by the year-end. Of the 600, 200 of them will be electric. In comparison to the original Moskvich, the new models will be entirely different.

Russia’s Trade Minister Denis Manturov said, “The task for the near future is to establish small-node assembly processes with the involvement of local suppliers by the end of 2023.” In the early years of the Soviet Union, the plant in Moscow, which opened its doors in 1930, was the main manufacturer of Moskvich cars. However, Renault acquired the factory in the early 2000s, and the Moskvich line was subsequently terminated.

This year, the production of these cars began after the sanctions on Russia were imposed. The countries forced their companies to opt-out of their businesses in Russia. The French manufacturer Renault left its Russian occupation in May, nevertheless, as a result of the company’s departure from Russia as a result of sanctions. Afterwards, the name of the facility was swiftly changed back to Moskvich.

Following Renault’s sale of its Russian assets to the government, Moscow Mayor Sergei Sobyanin declared in May that the facility will be utilised for a relaunch of the renowned automobiles. Further, Biden is himself aiming to make America the powerhouse of electric vehicles. His ‘Inflation Reduction Act’ is aimed at producing more electric vehicles in America and his administration has allotted $369 billion in a package of subsidies and tax cuts to shift manufacturing to his country.

However, the American legislation is seen as a protectionist move from a global perspective since it encourages businesses to transfer investments away from other countries and encourages consumers to “Buy American” when they are looking to buy an electric car.

But, as the new Moskvich aims to gain ground in the industry as early as 2024, it’ll undoubtedly lead to a tussle between both nations. But as of now, the sanctions which were aimed to destroy Russian economy are becoming a reason for new breeds of companies coming up. Or we can say re-industrialisation of Russia.