Trudeau has failed to take any steps over the human rights abuses done by the Barrick Gold Co. till now. There have been three lawsuit cases against Barrick subsidiaries for deaths and injuries since 2013 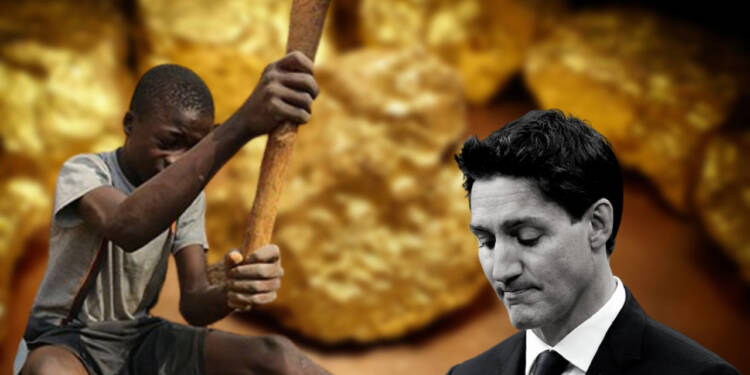 Thomas Alva Edison said, “Opportunity is missed by most people because it is dressed in overalls and looks like work.”

And we know, Justin Trudeau does everything but work. As Canada’s economy plummets to historical levels, Justin Trudeau’s administration is aloof from ordinary Canadians’ concern. He has let go of an opportunity which might have brought billions and helped the country’s economy.

On Wednesday morning, twenty-one citizens of Tanzania filed a lawsuit against Barrick Gold for violations of their human rights at the company’s North Mara gold mine in the country.

This is not the first time the Canadian gold giant has been accused of wrongdoings. The same has been done in the UK, when eight Tanzanians alleged a Barrick Gold subsidiary of violating human rights at the North Mara mine at the British High Court.

But this is the first-time a legal action has been brought against it at home for abuses abroad. Clearly, Barrick Gold is in hot waters at the moment. And, this isn’t good news for the Canadian economy and people.

According to a Bloomberg report, Canada’s economic growth rate decreased by half in the third quarter. An even more severe decline is anticipated later this year. The most recent annual inflation rate reported by Statistics Canada was 6.9% in October.

The interest hikes and inflation pose a danger to derail the economic activity.

Two nonprofit groups, RAID and Miningwatch Canada, are providing assistance to the claimants, who were also represented by the British legal firm, Hugh James.

Read More: Ex-BOC governor rips into liberal government for bringing the economy down the drain

RAID in a press release said about the new lawsuit, “The action by the plaintiffs, who are members of the Indigenous Kurya community amongst whose villages in northern Tanzania the mine has been built, concerns brutal killings, shootings and torture that they allege were committed by police engaged to guard the mine, who local residents refer to as ‘mine police’.”

According to RAID, the case includes allegations of five deaths, five instances of torture, and an additional five injuries from shootings by the “mine police.”

Justin Trudeau, the so-called human rights champion, never leaves an opportunity to call out other nations for human rights violations. However, under his nose, gross violation is being done by Barrick Gold, and it has gone unnoticed.

Trudeau had failed to take any steps over the human rights abuses done by the company till now. There had been three lawsuit cases against Barrick subsidiaries for deaths and injuries since 2013.

Ottawa should show some concern about how Canadian miners operate abroad. Since 2013, if the Canadian government or more aptly, Justin Trudeau have taken the appropriate action, the Canadian economy wouldn’t be facing the threat it faces today.

Trudeau needs to be reminded of his responsibilities and duties, because clearly it doesn’t seem that he remembers them.