Ghana’s government has decided to take a step against the prevalence of US dollars. It is taking inspiration from Zimbabwe’s experience and dedollarising its economy 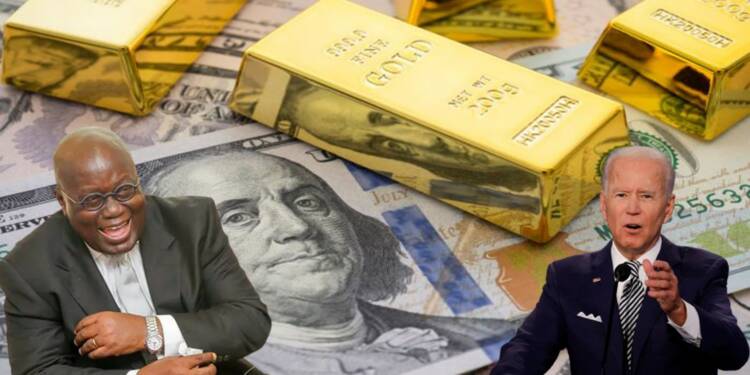 Ghana will purchase oil with Gold: Ghana is experiencing an unprecedented crisis marked by debt distress, currency depreciation and depletion of foreign exchange reserves. In such a scenario, Ghana’s government has decided to take a step against the prevalence of US dollars and it’s taking inspiration from Zimbabwe’s experience.

The Government of Ghana has announced that it is considering implementing a policy as per which it will purchase oil products with gold rather than US dollars, Vice President Mahamudu Bawumia stated on Facebook.

The decision is intended to counter the diminishing strength of Ghana’s foreign currency reserves and curb the demand for dollars by importers, due to which the local currency, cedi, is losing its value and causing an economic crisis.

The foreign exchange reserve of Ghana was grossly estimated at $6.6 billion in September this year which can cover imports for less than three months. The reserves were around $9.7 billion last year.

According to Bawumia, the policy, which will be implemented next year, will put an end to the consistent declining of the value of Ghanian Cedi. Vice-President of Ghana also explained that the use of gold would avert the exchange rate from having implications on fuel or other important good’s prices since domestic sellers would not have to rely on foreign exchange for the import of necessary goods.

Ghana is a nation which produces crude oil but depends on imports for refined oil products.

The US dollar has dominates the international financial system, central banks hold around 60% of their foreign exchange reserves in dollars which differs according to the policies of different nations. More than half of international loans and global debt securities are denominated in it.

Earlier this year, the US Federal Reserve hiked its interest rate in the hope that this decision will reduce global inflation. The Biden administration argued that this move will discourage companies, governments and households from borrowing more which will facilitate in reducing inflation.

However, the decision had adverse repercussions on Africa as its central banks were also compelled to hike their interest rates otherwise the deteriorating value of their local currencies will make it more expensive for African nations to buy dollars.

The notion of using gold to counter the influence of US dollars in the global financial market was first proposed by the former leader of Libya, Muammar Gaddafi in 2009. Gaddafi, who was then the President of the African Union, told African countries that they must switch to more reliable currency i.e. Gold. He stated that this will be independent of US dollars.

Gaddafi’s plan was to get rid of the US influence in global oil transactions by using gold. He initiated the gold dinar project, which would have liberated African economies from the interference of West’s economic structure which is based on exploitation and unfair norms.

The rationale behind this idea was to stop the dependence on American dollars for oil transactions. Nations like Nigeria, Egypt and Tunisia were ready to adopt his suggestion but Gaddafi’s regime was overthrown by the NATO backed alliance in 2011. However, nations like Ghana and Zimbabwe are determined to de-dollarise their economies by adopting constructive measures. This will challenge the authority of US currency in the world market and destroy the global hegemon’s easiest arm twisting tool.