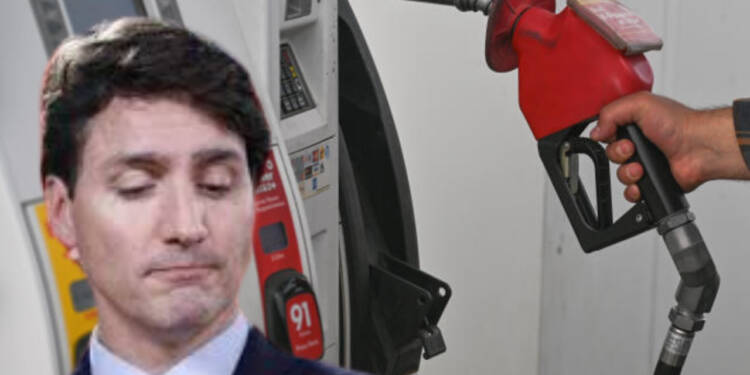 Who can be defined as a good leader? Someone who knows the interest of his/her people or their country. Who knows the art of negotiation as per what the situation demands. Who can manoeuvre enough and strike the right deal for the people. Is Justin Trudeau a good leader? At a time when his countrymen are facing many issues, he is acting like a fool. At a time when Canadians are already paying higher prices for almost everything, Trudeau is also making them pay for Ukrainian gas

According to new media reports, Ukraine has received nearly $350 million from Canada to fill up its underground storage facilities with gas for the winter. The government in Ottawa has transferred 12.7 billion hryvnias ($344 million) to Ukraine’s state-owned gas company Naftogaz.

Earlier, The European Bank for Reconstruction and Development (EBRD) and the Government of Canada pledged their support to Ukraine’s state-owned gas company, so it can deliver critical energy to Ukrainian customers over the winter heating season.

Read more: Canada’s economy is so bad that every start-up has started looking for greener pastures

The EBRD’s founding member and major supporter, Canada, struck an agreement to make available a €300 million loan to NAK from the EBRD. Canada will offer a €36.5 million guarantee as part of the agreement to assist compensate for the decrease in natural gas production brought on by Russia’s invasion of Ukraine.

This help could be labelled as a good gesture, but not at a time when there is a crisis in Canada itself.

The funding comes at a time when thousands of Canadian families are having difficulty paying their energy bills due to unprecedented energy inflation and the cost-of-living crisis. Electricity and gas prices in Canada have dramatically increased recently. Energy experts caution that consumers nationwide should prepare for an average increase in bills of 50% to 100% coming winter.

But instead of paying attention to the needs of his own people, Trudeau is using tax dollars to buy gas for Ukraine. We are sure, not many Canadians would be aware of such a move by their prime Minister. This is due to the fact that the mainstream Canadian media refuses to cover the matter and prevents discussion of it.

For a long time now Canadians have been paying extra money for everything, from food to fuel. People are borrowing more to eat, heat their homes, put gas in their cars, and pay their mortgages. Some are even cutting on their meals.

Read more: Ex-BOC governor rips into liberal government for bringing the economy down the drain

Instead of bringing the prices down, Trudeau has even increased carbon tax and extra GST revenue amid the ongoing energy crisis. And this extra revenue is what ensures Justin Trudeau’s Liberal government can keep up its high spending ways.

The cost of government is driving up the cost of living. The government’s extra spending is costing Canadians a lot. But how unfortunate that is, that the spending is not even for Canadians.  By failing to act in Canadians’ interests Trudeau has proven he is in no way a good fit to rule!