The Chinese goal is to exploit the vulnerabilities of smaller countries, pulverise them in a web of aid and dependency, and then loot them of their resources

by Bishnu Rathi
in The Caribbean
Reading Time: 2 mins read
0 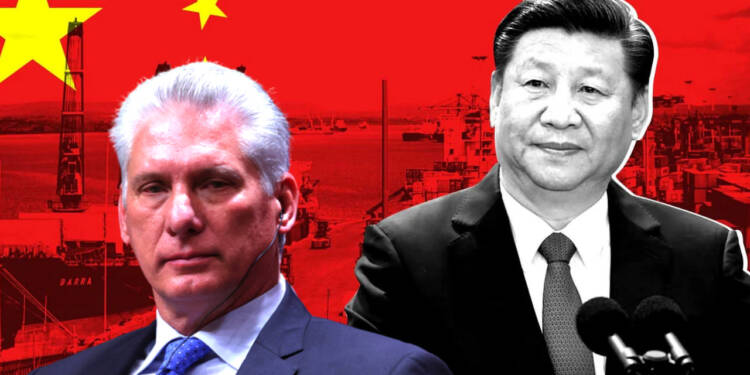 According to recent reports, China has donated $100 million to Cuba to help it survive a crippling economic crisis exacerbated by the coronavirus pandemic, the island nation’s Deputy Prime Minister Alejandro Gil said on Saturday.

The donation came as President of Cuba Miguel Diaz-Canel concluded a visit to China, part of a rare foreign trip.

Gil, who is also Cuba’s economy minister, said the money would go toward “priorities” on the island, which has been rocked by its worst economic crisis in three decades.

Make no mistake, this is yet another attempt by the CCP to keep the Cuban economy dependent on Beijing. For years, Beijing has used such loans and aid in the Caribbean as a smokescreen to hide its “sustained looting” as the host counties lose nearly billions of dollars per year through loan repayments, BRI project delays, and the flight of profits earned by Chinese multinational corporations.

The goal is to exploit the vulnerabilities of smaller countries, pulverise them in a web of aid and dependency, and then loot them of their resources.

Moreover, the actions are a part of China’s quiet but determined effort in recent years to increase its presence and power in the area through loans and grants from the government, investments made by Chinese businesses, and diplomatic, cultural, and security initiatives, and thereby potentially challenging America’s long-standing hegemony in the area.

To be clear, Cuba is a tiny island nation that has long resisted and contested the mighty American empire. Since Fidel Castro came to power in 1959, relations between the United States and Cuba have been shaken by a nuclear crisis, a protracted economic embargo, and political confrontations.

Since the Kennedy administration, the US has placed devastating economic sanctions on Cuba and provided safe haven to terrorists who commit bombings and assassinations on the island. However, all attempts to overthrow Cuba’s government and impose a US-friendly replacement have failed to produce any notable outcomes.

Cuba, thus, indeed should be commended for its ongoing assistance to local companies and oversight of the unethical activities that Western nations carry out on its territory. But the Cuba hasn’t been able to respond with the same vigor when it comes to China — a modern-day imperialist nation in the East.

You see, through its Belt and Road initiative (BRI), China has indebted a major part of the Caribbean.  Historically, research has demonstrated that mounting debt has the potential to undermine the sovereignty of the Caribbean states, owing to the intricacy of corruption and the continent’s recurrent political instability.

Despite such concrete evidence of the Chinese Communist Party’s exploitative operations, it is a warning indication if Cuba allows the China to meddle in its internal business. If Havana is serious about spearheading a Pan-Caribbean struggle against any form of imperialism, it should, if anything, display similar chutzpah like it showed vis-à-vis the Western nations  and bring the Chinese firms under strict regulation.