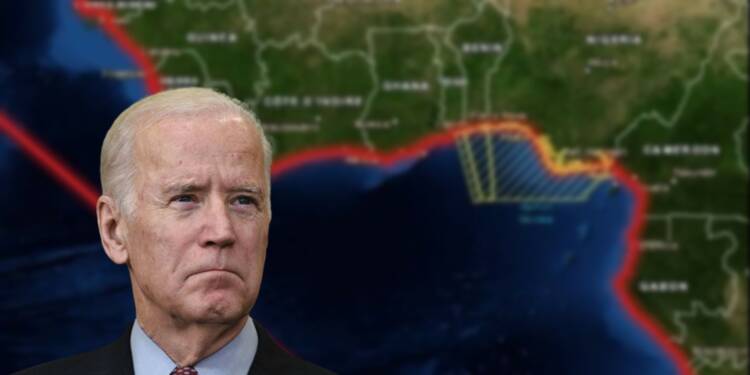 The West’s dominance in Sahel which includes countries like Mali, Burkina Faso and Niger has diminished. It’s actions, such as allegedly supporting terror groups to destabilize the region, led to its downfall in these nations. Biden, Macron and their allies came to the region on the false pretence of liberating the region from jihadists and insurgents.

However, their real intentions were to keep fueling insurgency so that African leaders have to rely on them for military assistance. Fortunately, nations like Mali and Burkina Faso realised their ulterior motives and kicked them out of their lands.

After its influence diminished in the Sahel region, the West is eyeing to establish its authority in major trade routes of Africa, it is attempting to gain influence on strategic sea routes.

In this bid, the US announced this year that its navy will start a new task force with its allies to patrol the Red Sea. It justified its decision by claiming that the Houthi rebels in Yemen are attacking the trade route and seizing ships, ultimately hindering global trade. The US claims that it is fighting pirates and other security threats in the region.

Similarly, in Somalia, the US stresses that it is trying to ensure safety of the seas and freedom of navigation around the coastline. The US states that it is working with UN agencies like the International Maritime Organization in order to eliminate pirates operating in the waterways and to establish maritime security.

But “coincidentally” both these countries are sitting on strategic sea routes, and the control of these sea routes gives America an edge over the geopolitical scenario of the words. As its name suggests, Geopolitics, the one who will control geography will control geopolitics.

Read more: After getting kicked out of Horn of Africa countries, Biden pins his hopes on South Sudan

Now, the US is conspiring to take control of its next target which is the Gulf of Guinea. On 23 November, America’s representative to the United Nations, Richard Mills, told the Security Council in a briefing, that Washington would help the Gulf of Guinea in the domains of international navigation, security and sustainable development.

He further added that the Biden administration would support the countries in annihilating the danger posed by pirates who commit armed robberies and other crimes. The US vowed that it will contribute its efforts to end maritime drug trafficking, illegal fishing and kidnappings across the Gulf of Guinea region.

As Biden and his allies are driven away by big players in Africa, they are trying to control smaller nations in the Gulf of Guinea, through this new strategy. The crisis ridden West now wants to exploit nations like Sierra Leone, which has huge deposits of diamond, Guinea, which is the second highest producer of bauxite and Sao Tome and Principe which is a strategic nation with huge oil reserves.

Read more: Somalia sells itself to the US and people are furious

Now, the US is justifying its plan to capture the control of the Gulf of Guinea by stating that it wants to resolve the issue of piracy. If that is so, then how come pirate groups are still active in Somalia?

The problem of pirates in the country is widespread, it all started when former fishermen collaborated with militia and unemployed youth to seize ships and abduct crews. Piracy is a well organised business in Somalia. Pirates have created an atmosphere of terror since they hijack vessels, abduct crew members and then demand ransom.

Many shipping companies were forced to hire private security due to this problem. If the US, which has deployed its military in the nation, was serious regarding the issue of piracy in Africa, then it would have resolved it by now but it hasn’t.

Because instability in African nations is profit for Washington. The examples being Ethiopia, DRC and Central African Republic. Therefore, it will follow the same modus operandi in the Gulf of Guinea. In the garb of providing security assistance, it will try to achieve its immoral objectives.