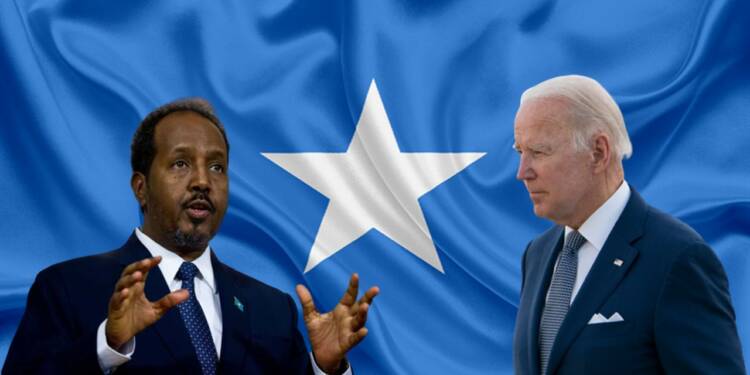 Somalia is not a democratic country because if it really was then its leader would not have been able to disband the anti-corruption bureau and Judicial Service Commission. Both institutions were necessary to keep a check on the authority of the government, to ensure that the federal government is held to a standard and is accountable to the law. The Judicial Service Commission’s role was to supervise the functioning of the judiciary in Somalia and look after the appointments of the judges, Judges who must be independent, impartial and free from any interference of the Somali government.

Similarly, the anti-corruption commission’s role was necessary in Somalia since it examined the decisions of the government and made sure that the president was not embezzling funds generated from taxes. In a country like Somalia, which is grappling with widespread poverty, famine and unemployment, the anti-corruption commission’s need becomes important as it ensures the revenue is being used in the betterment of its citizens.

Also Read: After destroying Somalia and Sudan, Democrats-led America has its eyes set on Ethiopia

Guinea and Mali: How the West treated both differently than Somalia

Now, the West quickly reacts when democracy, elections, constitution and parliament are put on hold in African states. The US and EU waste no time in expressing their concern for the voice of citizens in Africa who witness regime change, coups or breakdown of law and order due to protests against a dictator. Unfortunately, the circumstances in many African countries are such that civilian rule has to be suspended and curfew has to be implemented otherwise the already deteriorating situation will further escalate.

In fact, the West gets so alarmed and bothered by the plight of Africans that it decides to impose sanctions on countries which are seeing military intervention in their governments due to the outrageous actions of their corrupt authoritarian leaders. These sanctions are imposed in the hope of pressuring leaders to restore democracy and bring back the constitution but they end up hurting the common people.

This is what the US and EU did with Guinea and Mali. Guinea saw military takeover in the wake of the never-ending brutalities of its former president Alpha Conde. Guinea’s new leader Colonel Doumbouya clearly stated that the nation will return to peaceful democracy and civilian rule and asked for some time. However, the West instead of being sympathetic to the situation of Guinea, imposed sanctions on it through its puppet ECOWAS, a regional intergovernmental organisation in Africa backed by the West. ECOWAS cited the time period proposed by Doumbouya to transition to democracy as a justification for the sanctions.

Similarly, Mali too was subjected to sanctions by ECOWAS following a military coup when its former president Ibrahim who was facing massive protests and widespread calls to resign was toppled by Colonel Assimi Goita. Even after the sanctions were removed, several individual countries chose to continue their sanctions on Mali, all of them are backed by the US and EU.

Why did the West not condemn the Somali president’s decision?

The reason why the UN, US and EU didn’t condemn the Somali president’s decision to disband the anti-corruption commission and Judicial Service Commission is because it is loyal to the West. Unlike, Guinea and Mali which have good ties with Russia, Somalia has good diplomatic and economic relations with the US and its allies. The nation is rich in mineral resources like uranium, copper, bauxite, gypsum and salt. Somalia has oil reserves which are untapped as the government does not have proper refinery and infrastructure.

In March, the Biden administration reversed a decision of the Trump administration and announced that it will redeploy its troops in Somalia. However, during his presidential campaign in 2020, Joe Biden promised that he will not involve the US in wars against terror.

Somalia also has a good relationship with Ukraine, it voted in favour of it during the vote on the UN resolution condemning Russia’s military action. In September, Volodymyr Zelensky announced that Ukraine will export 28,600 tonnes of wheat to Somalia. Mohamud also met Joe Biden, both leaders focused on strengthening bilateral relations between their nations.

As long as a resource-rich nation in Africa is loyal to the US, the West doesn’t care if it has democracy or not, if the leader is a dictator, whether the constitution is followed or whether the state institutions are independent from executive’s interference.

All the west needs is unchecked access to resources and unquestionable loyalty from the African nations to satiate its lust for power, no matter what the cost.