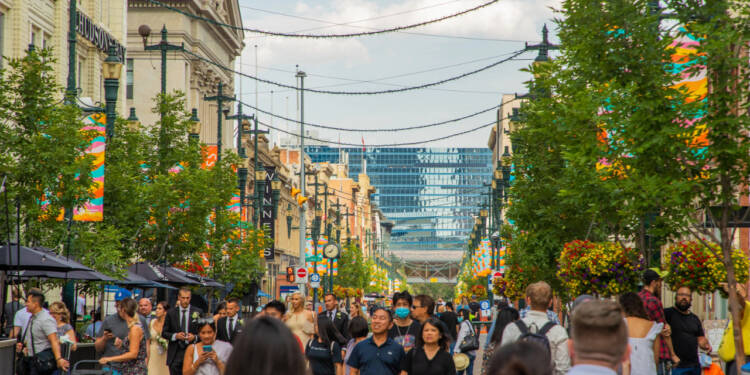 If you are probably thinking of migrating to Canada, which province would be your first choice? Well, it is certain that if you are migrating, you are either in search of work opportunities or in a bid to escape conflict, lawlessness, human rights violations, or terrorism. Then you’ll look for a location with plenty of job opportunities, as well as one that maintains law and order. Prairie provinces in Canada offer all these as they are doing exceptionally well, be it in terms of economy, GDP growth, employment opportunities and moreover good governance.

We know how Manitoba, Saskatchewan, and especially Alberta outperform the rest of Canada economically. They are known to be the breadbaskets of the country and the world. Moreover, the prairie provinces are the top oil and gas producers in the country, which has led to their economic stability and made them the first three choices of most foreigners migrating to Canada. But, what if we say this positive growth could be hampered due to one ongoing trend in the nation? Stay tuned to know more

Canada has been the favourite destination for almost every immigrant, which has now become the reason why the white Canadian population is decreasing in the country. And as we claimed, Alberta is likely the first choice, the province is certain to witness sea changes.

And now, as we can see, Alberta has a large immigrant population from a variety of ethnic backgrounds. In Western Canada, Alberta has the second-highest percentage of Francophones (French speakers), at 2%, with the majority of them residing in the northwest and center of the province. In terms of visible minorities, it is the third most diverse province.

Over the past ten years, Alberta has expanded fairly swiftly, in large part because of its expanding economy. Together with strong immigration and interprovincial migration rates, Alberta has had high birth rates. It was home to 7 of the top 8 census agglomerations in terms of rate of growth in 2011.

The fact that so many individuals are moving to the area from other parts of Canada is one reason why Alberta is currently leading Canada in population growth. With a growth rate of 3.3% in 2013, Alberta added about 22,000 people between October 2013 and the beginning of 2014.

Now, coming back to our question, what are the implications of this immigration? You see, Alberta is a conservative province, it is a major oil-producing province as well as the breadbasket of Canada. It has long stayed away from the trending wokism in Canada, and this is one of the strong reasons for its growth. However, the changing demographics can change the situation, just like everywhere else in Canada.

Read more: Unless Canada’s retirement laws are changed, the country will soon be run by migrants

To garner votes and appeasement politics, the Canadian prime minister is playing games with Alberta’s demography. Recently, he even announced a plan to welcome 500,000 immigrants to Canada every year, regardless of the situation of the country, because all he is concerned about is vote bank politics. Canada has disclosed plans for a significant increase in the number of immigrants entering the nation. Last week, the new strategy was unveiled by Immigration Minister Sean Fraser.

This move by the liberal government is sure to put Alberta in demographic distress. It won’t be long until the effects of this excessive migration show up in a strong conservative stronghold like Alberta. The original white Canadian population is already declining, and the trend is only going to continue owing to liberal lean policies. It’s high time for Alberta o protect itself!