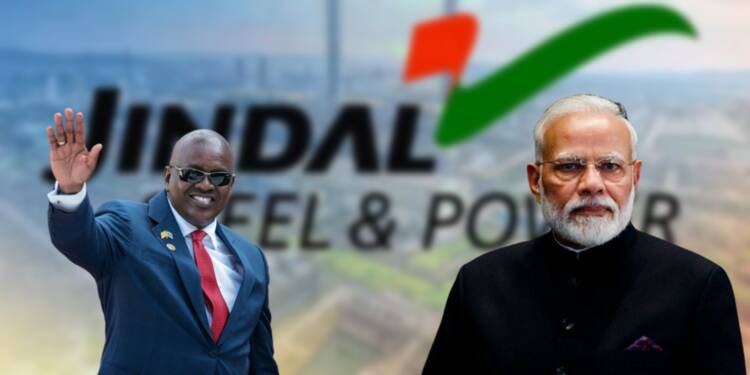 Cabdo Delagdo is a province in Mozambique, it is troubled by a terrorist organisation known as Al Shabab which began bloodshed and theft of resources in 2017.

Now, Botswana, which is an ally of Mozambique, along with South Africa decided to deploy its military forces in Cabo Delgado, which is rich in ruby and natural gas, to annihilate Al Shabab. Their governments realized that a drastic step needs to be taken against this terror group which is involved in countless massacres and is destroying the economy of Mozambique.

In doing so Botswana, Mozambique and South Africa didn’t seek the assistance of the US and Europe in their battle to achieve peace in Cabo Delgado. Since, these nations are familiar with what happens when a Western nation decides to get involved in the internal affairs of a country in the garb of providing security.

The lessons of Ethiopia and DRC, where Biden and his allies supported TPLF and M23, made Botswana and its partners to pursue this path strategically.

Read more: ‘Our problems are our problems,’ South Africa, Botswana and Mozambique have sent a strong message to the West

African nations are using unique methods to use the US and Europe to its advantage. One of the main goals of a foreign policy is to locate the weakness of dominant players and use it to one’s benefit. Botswana’s ally, and recently Mozambique, executed it successfully.

Earlier, its President Filipe Nyusi announced that Mozambique has started the export of its liquefied natural gas (LNG), it is the first shipment of gas to Europe. The country entered into a long-term contract with a British company called BP.

The question arises that why is Mozambique, which not too long ago didn’t seek the help of the West to resolve the security crisis, established an economic partnership with it? Because it knows that will not hamper its sovereignty but will help in growing its economy instead. Mozambique, which has 100 trillion cubic feet of gas reserves, knows when and how to use the US and Europe to its advantage.

Similarly, its neighbour Botswana is deploying an identical strategy.

The nation has entered into a contract with Jindal Steel & Power Ltd (JNSPNS), an Indian company, for the construction of a 300 megawatt (MW) coal-fired power plant, according to the energy ministry.  As per plan, the company will fund the building of the plant and sell electricity to the Botswana Power Corporation. The project is the only fossil fuel-based power plant in Botswana. Botswana possesses around two hundred billion tonnes of coal and it is planning to use it for economic progress.

Now, Botswana could have inked a partnership with a Western nation but it chose to invite India. Because it knows that unlike the West, it is a peaceful nation which respects the sovereignty, territorial integrity of other nations. Botswana also knows that India is not interested in interfering in its internal affairs.

If Biden and his allies have gotten involved in the affairs of Botswana, the largest producer of diamonds in the continent, then they would have tried to apply their destabilisation efforts in order to control the nation.

The West is now claiming that Botswana’s power plant project would have adverse implications on the environment. But as its CO2 emission is insignificant and it is a developing state, this argument is easily debunkable.

Hence, in addition to using its diamond mines, Botswana is also making good use of its coal deposits. Botswana’s tactics to keep fishy patners away, will work in its favour and set a precedent in Africa.