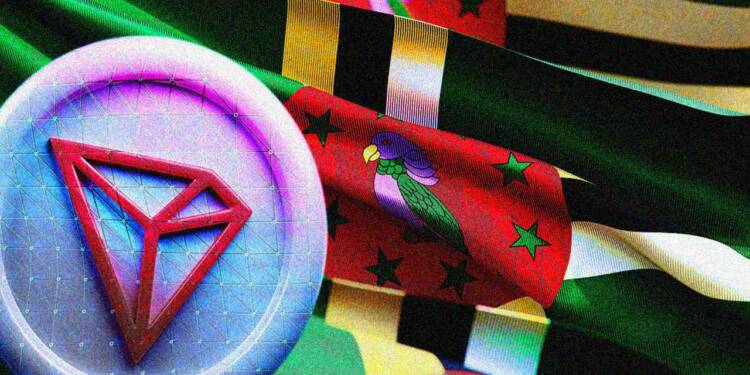 Dominica is on the verge of going down the rabbit hole!

We have said this earlier that cryptocurrency sector has been used by China to reach out to the Caribbean and increase its presence in the region. Many Caribbean countries have become attractive bases for the crypto industry because of many factors like the region’s crypto-friendly stand, common law system, loopholes in banking system and English language adoption. Even among the Caribbean nations, countries like Dominica are frontrunners in this field.

The Caribbean is considered very crypto-friendly. However, it also poses many risks to the already vulnerable economies of the Caribbean. Without any regulating authority it can potentially destabilize its economy.

Huobi, one of the world’s biggest cryptocurrency exchanges founded in China has recently announced its partnership with the Commonwealth of Dominica, TRON, and DMC Labs. The three platforms were endorsed by the Dominica government to issue Dominica’s national token, Dominica Coin (DMC), and Digital Identity (DID).

Further, DMC holders will be granted digital citizenship of Dominica. Both issued by a sovereign country, DMC and DID, are based on the TRON network , Dominica’s official national blockchain infrastructure, and are to be launched on Huobi Prime. The DID and DMC will be important credentials for users to access the futuristic world of the metaverse.

Dominica is also one of the first in the Caribbean to launch the Citizenship by Investment (CBI) Program. The CBI, though looks shiny can actually be a curse for the Caribbean. This program is a core source of Chinese direct investment in the Caribbean. Across the five island nations that have CIPs, Chinese nationals are the single largest source of applicants/new citizens. With more and more citizens of China, the demography of these countries can be significantly altered which will have serious repercussions in their politics. Now, the fact that DMC holders will be granted digital citizenship of Dominica is alarming.

The country’s decision to issue DIDs will be yet another addition to this which seems even more problematic which can lead to many issues in the long run.

Read More: Citizenship By Investment Program- A Curse in Disguise for the Caribbean

The Caribbean region is already prone to financial crimes and money laundering. The region has already become a tax haven with lax Anti-Money Laundering rules and laws. Chinese Huobi coming to the Caribbean and spreading its tentacles as the rest of the world cracks down on the industry will only exacerbate the whole situation which will be detrimental to the Caribbean interest in the long run. The illicit use of cryptocurrencies is predominantly associated with money laundering, trade of illicit goods and services, and fraud.

As per a report, Cryptocurrency-linked crime surged to a record high last year in terms of value, with illegal addresses receiving $14 billion in digital currencies, up 79% from $7.8 billion in 2020, according to a blog from blockchain analysis firm Chainalysis.

“Criminal abuse of cryptocurrency creates huge impediments for continued adoption, heightens the likelihood of restrictions being imposed by governments, and worst of all victimizes innocent people around the world,” said Chainalysis.

We have already said earlier that the Caribbean is caught in the crossfire of US & China power politics in the region which has now spread into this sector where many companies are doubling their presence leading to economic repercussions for the smaller countries. Only these companies and their respective countries will be enjoying the fruits of such endeavours while the weaker countries will be bearing the brunt due to increased unlawful activities. The Caribbean has to resist this temptation and not get lured by China to save itself from a possible economic disaster.