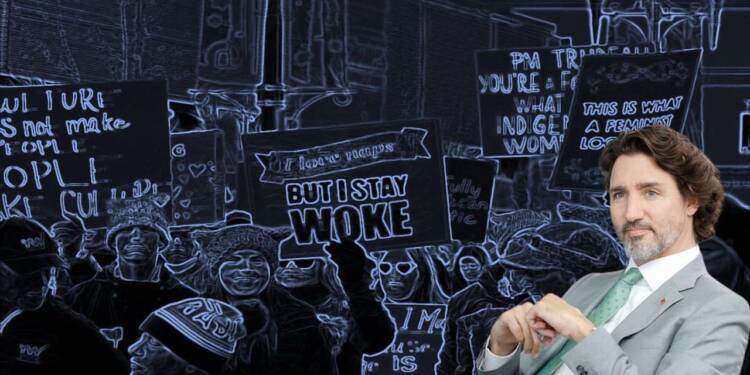 Toronto federation day: Canadian Prime Minister Justin Trudeau is definitely one of the most unpopular leaders in Canada. The Canadian people are making sure that the liberals are forced to depart Ottawa in 2025 as a result of tyrannical decisions of liberals and their woke agenda.

However, the liberals and godfather of wokeism are both aware that with Trudeau’s exit, a tsunami of conservatism may sweep across Canada and weaken the liberal agenda that is brewing across the country.

So folks, within the next three years, Liberals may not be in power. However, they have already started to preserve Trudeau’s woke legacy.

While you are reading this article, Toronto’s primary schools are celebrating Toronto annual federation day. The children in these elementary schools will participate in a few seminars. And you need to see what these workshops are all about:

“Teaching math while White: An abolitionist approach to undoing racism in the math classroom,” is one of the 25 seminars on the list. These are some of the seminars that would be attended by students in grades 6-8th.

Looking over the schedule of programs for this week’s Elementary Teachers of Toronto federation day, nothing more can be deduced than the schooling system of Canada having gone completely bananas.
If the current trend continues, Canada’s public education system will remain in disarray. The overall Test results this fall showed only 47 percent of Ontario’s grade six students meet provincial standards in mathematics.

No subjects that approach mind mapping are taught to the students. Instead, woke theatrics are being promoted by the federal government and are now being taught to young children. The kids are being brainwashed deliberately and with full planning. According to a 2019 article by Lifesite News, the Ontario College of teachers was pushing for a gender-inclusive classroom.

The article titled “Teaching LGTBQ+ Students: Six steps to creating an inclusive environment for lesbian, gay, bisexual, transgender, two-spirit and queer learners.” called for gender-based classrooms and this is just one primal example of this madness.

This sexual and student-confusing propaganda that is being pushed into society and imposed upon Canadian children seems to have no end. But why, you might ask? Why liberal ideologues are being spoon-fed to children between the ages of 6 and 8, who should ideally be focusing on sports, cartoons, and fiction? The Liberals want to completely castrate Canada.

The legacy of Trudeau

It is no hidden fact that Canadian PM Justin Trudeau is an ardent supporter of woke agenda. Of course, he was definitely the first PM who opted drag race rather than a day with army veterans on national remembrance day.

Liberal government has been pushing forward Trudeau’s woke agenda. Lately, the Trudeau government also pitched in a five-year, $100 million initiative to support 2SLGBTQI communities across the nation. Gen Z along with Gen Y is somehow gaining their senses back and despising Trudeau’s agenda.

In a recent survey, the opposition Conservative Party is ahead in Canada’s federal political scene, 35% of survey voters have stressed that they would cast a ballot for the Conservative candidate in their constituency. The governing Liberal Party is at second place with 31%, followed by the New Democratic Party (NDP) at 19%.

The Liberals might not be able to win another term in power in Ottawa at this speed. However, the Liberals have fed Canadian students so much trash over the past eight years that they will always be obsessed with them.

Truly, who advocates for gender-inclusive classrooms and teaches students how to deal with racism? This is a stupid attempt to maintain the “woke legacy.”