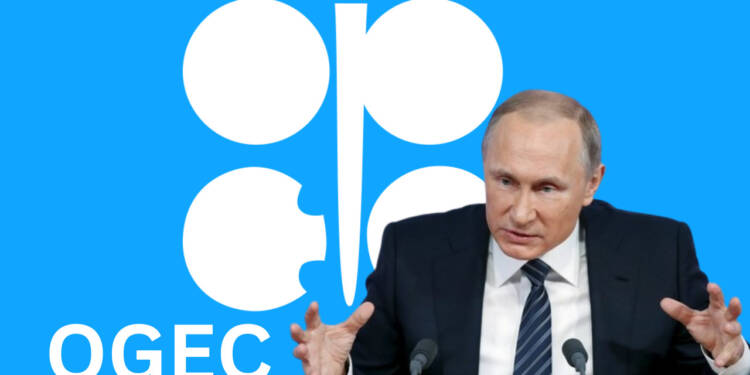 OPEC was formed to stabilize the world’s oil market in 1960. Today, another organization is on the way that will stabilize the world’s gas market. And, it’s none other than Russian President Vladimir Putin who is laying the groundwork for the gas union or you may say, Organization of the Gas Exporting Countries i.e., OGEC. In Baghdad, Iraq, five nations—the Islamic Republic of Iran, Iraq, Kuwait, Saudi Arabia, and Venezuela—signed a document in September 1960 that established the Organization of the Petroleum Exporting Countries (OPEC). They were to become the Organization’s founding members.

OPEC was formed to challenge the dominance of seven US and British oil firms. In 1973, OPEC drove the American economy to its knees. It soon became the only organization which controlled the oil flow across the world.  And, the rest is history. The power of OPEC+ has been witnessed in the last few months. US President Joe Biden demonised Saudi Arabia for the murder of Jamal Khashoggi, a Washington Post journalist and US citizen who pledged to make Saudi Arabia a pariah state.

Biden has consistently sought to placate Iran in order to restore the JCPOA agreement. His government also relaxed travel restrictions imposed by IRGC members and delisted the Houthis, who are supported by Iran, off the terrorist list. Despite all this, just a few months ago, he travelled to Saudi Arabia and requested them to increase the oil production as it was benefiting Russia in its war against Ukraine. Saudi Arabia and OPEC+ bluntly rejected Biden’s offer and have rather reduced oil production by a large margin.

The move was the biggest setback for the Biden administration in foreign policy after a long. This is the power of an oil union of countries which challenged a global superpower like the US. The move has been inspired because of the cordial relations of Russia with the OPEC+ countries. Now, a similar organization’s formation is taking place. A gas union. And Russian President Vladimir Putin is laying groundwork for it.

According to Kremlin spokesperson Dmitry Peskov on Tuesday, Russia is in talks with Kazakhstan and Uzbekistan to establish a “gas union” that would enable the three nations to coordinate their supply and improve gas flows.

The move, according to Kazakh President Kassym-Jomart Tokayev, was taken by his Russian counterpart, Vladimir Putin. Peskov reaffirmed this, stating that the plan calls for better cooperation between the three nations as well as changes in gas usage and domestic transportation infrastructure. The official said that the economies of both Kazakhstan and Uzbekistan are expanding quickly, with rising domestic gas consumption. Additionally, he added that all three countries sell their gas on international markets and may profit from “some synchronisation.”

“Synchronisation” of gas means the establishment of authority over gas prices across the world. And from this, all these countries would have the edge in geopolitics. But, the country which would be benefiting the most is Russia.

Aleksandr Novak, the deputy prime minister of Russia, also spoke about the initiative and praised its potential, particularly with reference to gas exports beyond the envisaged union. Kazakhstan and Uzbekistan still can sell gas to the European Union, but once the union will be formed, it will be a direct challenge to US’ authority over gas to Europe. To put things in perspective, the US has dramatically increased LNG exports to the bloc this year. But, once a gas union would be formed, it’d be controlled by Vladimir Putin. And this is a bad news for US and its allies.

Most Reliable Internet Service Providers for Your Home Office