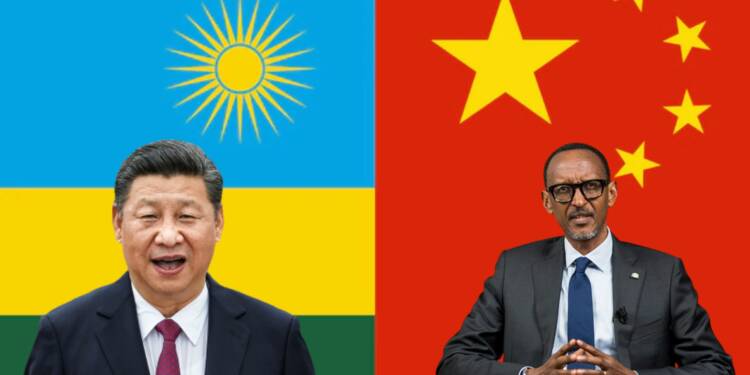 Relations between the US and Rwanda severed as the former accused the latter of committing war crimes in east Democratic Republic of the Congo (DRC). Biden’s Secretary of State Antony Blinken stated that there are credible reports of Rwanda financing the M23 which is involved in many killings and theft of resources in neighbouring DRC.

As DRC’s allies such as Kenya and Uganda have decided to send their military forces to get rid of the M23 problem, the US is terrified and decided to save its face by blaming Paul Kagame for the bloodshed in DRC.

Beijing to the rescue

China, which is currently the main rival of the US, closely observed this development. It decided to fill the vacuum left by the US’s departure in Rwanda by providing debt relief to Paul Kagame’s government. The loan was taken for the construction of a 6.36 km road for an urban project.

Rwanda said that the decision of China is in the framework of financial and technical agreements between the two nations. Rwanda’s minister of Finance and Economic Planning Uzziel Ndagijimana praised Xi Jinping’s regime for its contribution to his country’s progress.

China is involved in the energy, infrastructure, energy, education and health sectors of Rwanda.

Read more: China has a $100 million ‘Christmas gift’ for Cuba ready, but Cubans should be aware

By establishing a deep partnership with Rwanda, China is hoping to move closer to its ally Barbados. Rwanda and Barbados have strong ties with each other.

In fact, recently, both nations have signed a contract to develop a pharmaceutical industry, which will be the first in the Caribbean. The Prime Minister of Barbados, Mia Amor Mottley, told the media that the agreements she signed with Rwanda were “the biggest game changer” for her country.

She told the media, “Perhaps the biggest game changer since we have come to the office is about to unfold, and we have been working on it very quietly for the last six months or so, and that is addressing the issue of pharmaceutical equity and creating a platform for jobs, investment and earnings for a pharmaceutical industry in Barbados for the first time.”

Mottley said she is hopeful that thousands of jobs will be generated for the people of Barbados in the next five years and stressed that cancer treatment pharmaceuticals, vaccinations etc will be created as part of the plan.

The Caribbean and Taiwan

Why does China want to establish ties with Barbados? What does it hope by moving closer to it?

Unlike China, Taiwan has its own democratically elected government which has taken a stand against the aggressions of China. Political tensions between China and Taiwan have increased since the accession of President Tsai Ing-wen in 2016 as China violated its airspace several times.

In the 1980s, China put forward the “one country, two systems” offer to Taiwan and promised autonomy. However, Taiwan, which is aware of the backstabbing strategy of Beijing, refused the proposal.

In 2000 a new President Chen Shui-bian came to power and advocated for self-determination of Taiwan. Ever since then, China and Taiwan have been embroiled in a conflict.

During the cold war, Taiwan had many allies but it lost them when it was confirmed that the ROC government would not come back to power. In fact, Taiwan was abandoned by many allies during the 1960s and 70s.

However, Taiwan’s allies are in the Caribbean which include Barbados, Belize, Haiti, Paraguay, Saint Kitts and Nevis, Saint Lucia, Saint Vincent and the Grenadines etc. Taiwan accounts for 30 to 50 percent of aid for the medical and technical industries in Latin America and the Caribbean between 1979 and 2006.

Therefore, by taking all this into account, the Chinese government’s decision to give loan relief to Rwanda in order to establish ties with its partner Barbados, is intended to counter the widespread support for Taiwan in the Caribbean. China will take advantage of instability and economic crisis in several nations of the Caribbean by giving them huge aid in exchange for cutting their relations with Taiwan. Beijing’s strategy behind this move is to isolate Taiwan entirely, sever its diplomatic ties with other countries, overthrow its government and take control of it entirely.