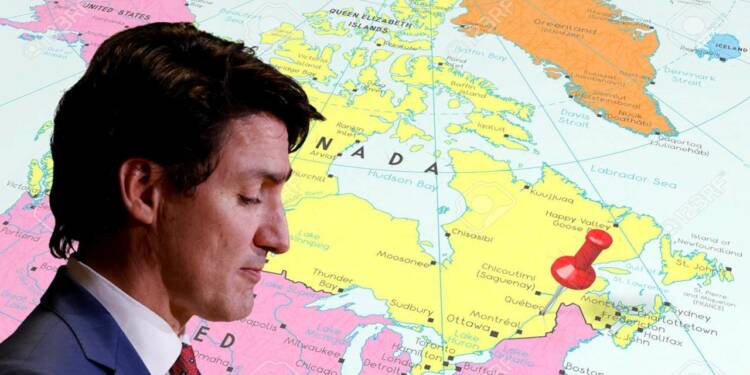 A good leader solves problems for people. A stupid leader worsens the situation. Canada and Canadians are constantly fighting to find and maintain their identity against Trudeau’s policies. Trudeau tried to exacerbate the migrants’ problem in Canada. Quebec has blown the head of the problem itself.

Canadians are having trouble making ends meet as a result of rising prices. Because of the severity of the issue, the average Canadian cannot afford to buy a home or pay rent. Their kitchens are also struggling to pay high grocery expenses, and Trudeau is deliberating on making matters worse. He recently unveiled a proposal to annually welcome 500,000 immigrants to Canada. In order to address a major labour shortage, Canada has disclosed plans for a significant increase in the number of immigrants entering the nation. Last week, a new strategy was unveiled by Immigration Minister Sean Fraser.

The announcement signals a significant increase from the 405,000 immigrants that came to Canada last year and the 465,000 expected to arrive next year. The announcement also signals the growing pains that will come with the booming population. But, this is what the federal government ignored while drafting the plan. This information follows the release of the updated census data last month, which shows 23% of the population now constituting of immigrants and permanent residents. Yes a record high of 23%. That means almost every 4th person in Canada is a migrant.

Canada can’t bear any more immigrants but Trudeau isn’t ready to understand the magnitude of the problem. Provinces are now unilaterally fighting against the federal government policies. Francois Legault, the premier of Quebec, has a new demand for migrants: that they all speak French. Legault is worried about the demise of the French language in the Canadian state.

Legault’s nationalist Coalition Avenir Quebec party won re-election in October with a sizable majority, in part thanks to its commitment to preserving French as the language of choice in the 8.7 million people strong  province. His Wednesday speech to the assembly outlined his aims for his second term, which included a proposal to prohibit nearly all economic immigrants who don’t speak French by 2026.

According to Statistics Canada’s report, the proportion of Quebec’s population who claim French as their first spoken language decreased by 1.5 percentage points to 82.2% between 2016 and 2021. In the province, 80% of current workers mostly speak French at work, 14% speak English at work, and 5% speak both languages. But in Montreal, the biggest city in the province, just 70% of people speak French at work.

Legault said, “The objective is to stop the decline of French, particularly in Montreal, and to reverse the trend. Preserving the French language is an imperative duty.” This isn’t the first time when Quebec has taken a stand against Trudeau’s immigration policy. The Bloc Quebecois, Conservative and NDP MPs want to start an investigation into how public money was used to construct facilities close to Roxham Road. Many migrants exploit this border crossing in the Montérégie area of Quebec, south of Montreal, to enter Canada illegitimately and apply for asylum.

Legault has filtered Trudeau’s decision to flood the country with 500,000 migrants. Now, the migrants would be a problem for other provinces as well. Quebec won’t tolerate a headless policy and will bring in a law against the policies. One thing is clear, as the domestic woes increase; no one is ready to welcome more migrants into the country. And justifiably so.