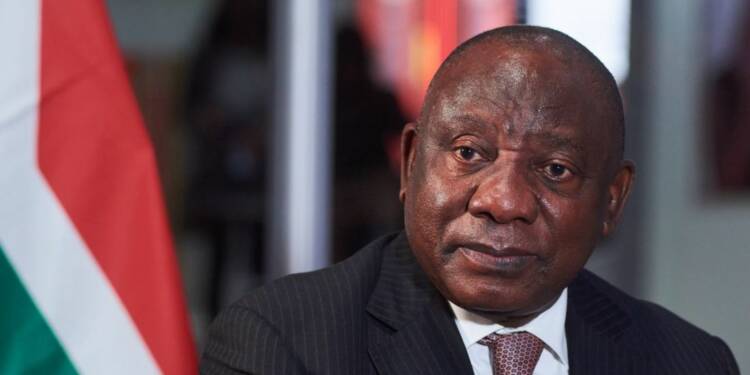 Cyril Ramaphosa was born in Johannesburg on November 17, 1952. He is the second child of three children of Erdmuth and Samuel Ramaphosa. When Cyril grew and went to college, in 1972, he registered at the University of the North and joined the South African Students Organization (SASO). In 1974, Ramaphosa was arrested and kept in solitary confinement for eleven months. After being released, he joined the Black People’ Convention (BPC).

In 1981, Ramaphosa joined the Council of Unions of South Africa (Cusa), a trade union. In 1982, Cusa decided to form the National Union of Mineworkers (NUM) which appointed Ramaphosa as its secretary. In 1986, he had to go underground in the wake of the declaration of emergency in South Africa.

In 1990, Ramaphosa worked as the chief of the National Reception committee of the African National Congress (ANC), which made arrangements for the release of Nelson Mandela. He was elected as the General-Secretary of the ANC in 1991.

In 2014, Former President Jacob Zuma appointed him as the Deputy President of South Africa and he was elected to head the ANC in 2017.

On 15th February, 2018, Cyril Ramaphosa was elected as the president of the country following the resignation of Jacob Zuma, his intra-party rival, due to corruption allegations.

Now, at the time of election campaigning, Cyril Ramaphosa portrayed himself as a clean politician who will drive systemic corruption out of South Africa. However, he too turned out to be like his predecessor Jacob Zuma.

Cyril Ramaphosa’s farmgate scandal damaged his reputation and brought into scrutiny his manner of running the administration. The Farmgate scandal involved a suspicious robbery at his farmhouse in which foreign currency, which was concealed in the furniture, was uncovered.

Similarly, his administration amended the rules of the Ministerial Handbook to give free electricity and water to his ministers despite them receiving an annual income of R 2.4 million. This was extremely outrageous as South Africans are facing inflation, frequent power cuts and food scarcity.

The opposition party Democratic Alliance has disclosed how the government of Ramaphosa is embezzling public funds to spend it on the lavish lifestyle of ANC leaders.

On foreign policy front, Cyril Ramaphosa has shown that he is not going to be intimidated by the dominance of the US and Europe.

During a visit to Washington, he condemned President Joe Biden for introducing a bill in US Congress called “Russian Malicious Activities Act Bill”. The bill targeted those African nations which are allies of Russia. Ramaphosa stated that the US is taking vengeance from those countries which don’t follow its instructions in the wake of the Russo-Ukraine war.

Similarly, his government agitated the West by allowing a Russian businessman named Alexey Mordashov to dock his yacht in the Cape Town harbour. Mordashov, who was the chairman of the biggest steel and mining company in Russia, was under sanctions by the US and EU. But South Africa said that it is not under any legal obligation to deny him service.

While in the United Nations, Cyril Ramaphosa chose not to take part in the vote on resolution which demanded Putin to suspend his military operation in Ukraine. It followed the same strategy when the West pressured him to vote to revoke the membership of Russia from the Human Rights Council.

Cyril Ramaphosa infuriated Biden, Macron and Leyen when he decided to allocate $3 billion from the $ 8 billion, they gave as climate funds for the development of its electric vehicle industry.

However, domestically everything is not going according to him. Recently, thousands of public services employees went on a strike against the government over wage demands.

Similarly, a parliamentary committee which was investigating Cyril Ramaphosa for corruption has concluded that he might have committed misconduct. This is a new problem for Ramaphosa because the African National Congress is going to be holding a meeting this month to decide whether to endorse him for a second term.

His political fate now is in the hands of the parliament which will hold a session to examine the recommendations made in the report. According to political analysts, the parliament can initiate a vote of impeachment against Cyril Ramaphosa to remove him from office.

The opposition party, Democratic Alliance, is going to use this opportunity in the upcoming general elections of the nation. The ANC knows that if it endorses Ramaphosa then it will most likely lose the elections, therefore it might be considering someone else for the post of party’s head.

Now, in addition to the news of the parliamentary report, South Africans are also outraged by the decision of a constitutional court to release the murderer of South Africa’s anti-apartheid leader Chris Hani. Janusz Walus shot and killed Hani in 1993 in Johannesburg.

The court’s ruling has triggered widespread protests and rallies in South Africa, several ANC leaders have joined them. Hani, was a charismatic leader during the anti-apartheid movement and was a member of Umkhonto we Sizwe, which was the armed wing of the ANC.

Hani’s murder led to an unprecedented uproar then which was marked by race war. The tragedy set off riots and violence, some even feared that it could lead to a civil war in South Africa. In fact, Nelson Mandela had to come on national television to appeal for peace.

Now the issue of race has dominated South Africa’s socio-political domain for decades. Generally, people will focus more on the release of the killer of their beloved leader, Hani, rather than the news of the possible impeachment of Ramaphosa.

Therefore, there is a strong possibility that the ANC may use the issue of Walus’s parole as an agenda in the next elections to divert the attention of the public from the ill-doings of its leader. After all, Hani was a veteran in the ANC, his martyrdom will be used by the ANC in the campaign to overshadow the farmgate scandal, workers’ strike and tampering of rules by Ramaphosa’s regime. Could Ramaphosa save his seat?