The continuous testimony of the trucker's protest that has called Canadian Prime Minister Justin Trudeau and his breed to the witness stand has also shown how the liberal poster boy is an excellent, ruthless, and skilled liar 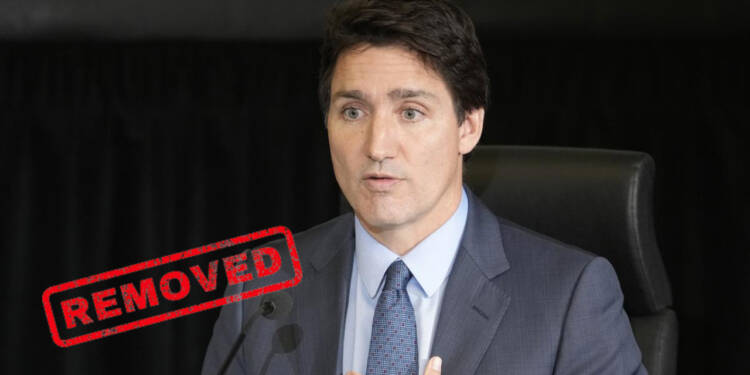 The Public Order Emergency Commission has ended its fact-finding sessions after six weeks of testimony, several witnesses, and a few dramatic incidents.

After seeing it all, it’s even clearer than it was in February that using the Emergencies Act to repress what was ultimately a peaceful rally was a needless overreach.

The Emergencies Act and its definition of a “threat to the security of Canada” have been the focus of much of the discussion in the hearing room and in the media over the past week and a half of testimony.

CSIS and law enforcement organisations did not see any threat to Canada’s security. Before using the Emergencies Act, Canada’s spy service even informed the federal government that last winter’s convoy protests against vaccination mandates did not constitute a threat to national security sufficient to activate the broad powers.

Trudeau has had over ten months to develop a convincing defence of the Emergencies Act. It’s unclear if this change in the definition of a security danger has occurred during that time or if the government came up with the legal dingbat prior to using the Emergencies Act.

This is uncertain because government attorneys have vehemently asserted solicitor-client privilege to keep any records or testimony concerning any legal counsel the government may have gotten from being made public.

Although the attorney-client privilege is sacred, the government should be acting as the people’s representative and this should be a public investigation.

Despite procedural concerns and transparency challenges, it is obvious that the government did not present a compelling argument.

The discussion switched to a redefining of the very threats the Emergencies Act was designed to address in the absence of any evidence of espionage or sabotage, foreign-influenced operations, major violent crimes, or covert illegal conduct.

Throughout the six weeks of testimony, a narrative of an organic, grassroots movement that was peaceful even though it may have been jumbled and incoherent was told.

When new material entered the proceedings, it typically damaged the reputation of the police or the administration, not the demonstrators.

It became more clear that there were no facts to back up the government’s story as the lawyers dug deeper into the nuances of the Emergencies Act and CSIS Act.

Be clear: Throughout the Freedom Convoy protests, the Canadian media and the government used every available tactic to promote a false and misleading story. Canadian media instantly tried to link the protests to foreign forces like those in the US or Russia without any justification or evidence.

The administration didn’t miss an opportunity to label protesters as terrorists, radicals, ultra-right wing, and other such things.

However, the most recent committee report has Trudeau by the neck.

Since it was never acceptable to image- conscious Trudeau for the world to know about his dictatorship mindset, he latched onto lies for months to rationalize his authoritarian practices throughout the protests.

Trudeau now possesses nothing to vindicate his actions, though. The narcissism of Trudeau has worn thin among Canadians. Even some of Trudeau’s own cronies have begun to criticise the Prime Minister in public. All things said,  it appears that the Canadian PM will soon be removed.