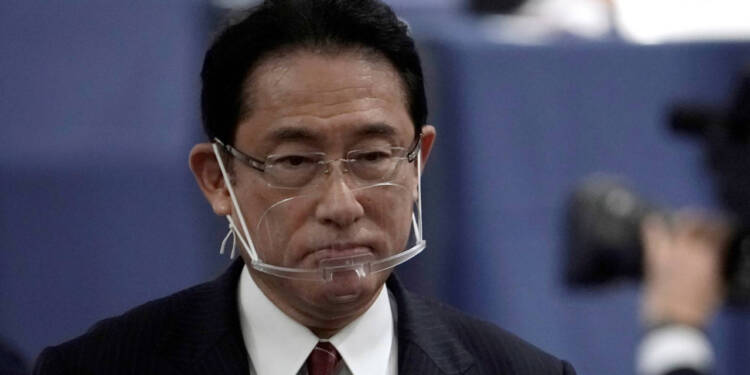 Japan, an island country in East Asia is being pushed by Western countries into the Ukraine war. A country which is around 8200 kilometres from Europe is being asked to help Ukraine. And, the Japanese Prime Minister Fumio Kishida is gullible enough to fall for it.

According to the head of the European Bank for Reconstruction and Development, Japan has a significant part to play in the reconstruction of Ukraine as the Group of Seven’s 2023 chair.

According to EBRD President Odile Renaud-Basso’s Tokyo interview, even while the Russian assault continues, conversations on how to rebuild Ukraine have begun. She said, “Japanese companies should be interested in participating to work on reconstruction, and invest in Ukraine. We stand ready to work with them to show them investment opportunities and see how this can be structured.”

The president emphasised that Japan “needs to step in, and we hope they will continue to offer any help for us to be able to operate in Ukraine.” She asserted that the G-7 has a “vital role to play” in bringing together significant donor nations, ensuring that crucial financial demands are met, and making sure that all members are contributing.

Since the end of the Cold War, the EBRD has made investments in Central and Eastern Europe to aid in the region’s transition to a market economy. In an October meeting with Ukrainian President Volodymyr Zelenskyy, Renaud-Basso said that the bank would make a commitment of up to 3 billion euros ($3.1 billion) by 2023 to support the country’s industries and economy.

However, it makes no sense for Japan to take initiative in the reconstruction of Ukraine as what is going on in Europe doesn’t directly impact it. But, Japan’s PM Fumio Kishida has blindly supported Ukraine in the war straining Tokyo’s ties with Moscow.

In late June, Japanese Prime Minister Fumio Kishida rushed to attend a NATO leaders’ summit in order to stimulate coordination with the West over Russia’s invasion of Ukraine. Although Kishida has often condemned Russia for what he has called a “war crime” against Ukraine, the move was extraordinarily bold for a Japanese leader.

Japan still has decades-old territorial contention with Russia and the Japanese officials had earlier taken a cautious approach to their relations with Russia. Before the Ukraine invasion, Tokyo and Moscow were sort of amiable with friendly overtures. However, Kishida blindly following directives from Washington made Japan impose sanctions on Russia.

The US-led invasion of Ukraine has forced the Kyiv government to confront Russia. Now, Ukraine is engaged in the war, US’ objectives to weaken Russia and de-industrialise are being fulfilled.  It’s pushing its own allies to send weapons to Ukraine. It is also planning to pressurize them to help in rebuilding Ukraine which got destroyed because of its ulterior motives.

Is Kishida stupid enough to once again follow US’ directives? We genuinely think so.