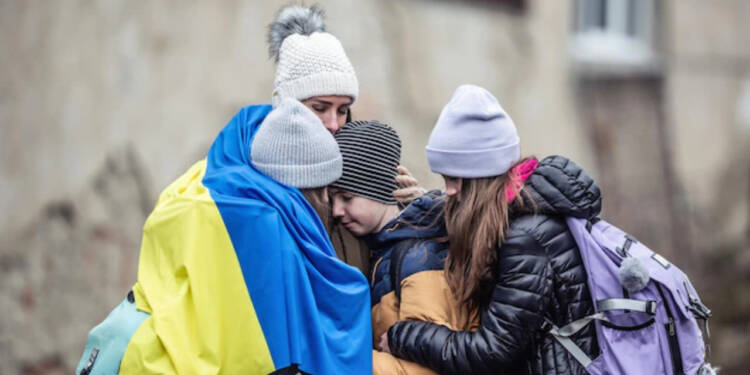 Ten months ago, when the Ukraine war started, almost every European nation extended a helping hand to Ukrainian refugees and accommodated them with proper housing, water, and even food. But now, the tides have turned. As the winter deepens and Russia continues to attack Ukraine’s energy infrastructure, several EU nations have backed off from their promise of welcoming the migrants. The new one to join the clan is Wales from the UK.

According to a media report by BBC, Wales’s Welsh government has scaled back several services for Ukrainian refugees. According to new Welsh government proposals, refugees who fled war-torn Ukraine to settle in Wales would have to start paying for laundry and several meals. Reportedly, refugees who have spent the last five weeks in temporary housing will be impacted by the changes. For the unaware, rooms in hotels, holiday parks, and other accommodations are being funded through Wales’ super sponsor scheme for Ukrainian migrants. A letter from First Minister Mark Drakeford explaining changes to the scheme was being sent to Ukrainian refugees.

As per Mr. Drakeford, the changes are meant to help people into long-term accommodation as early as possible and “settle into life in our country”. In addition, officials are also denying that the move is intended to save money but said it will help people integrate into the community. However, the changes could affect as many as thousands of migrant people, once they have been in accommodation for five weeks.

Though the measures will not be implemented in most places until January 9th, four councils are piloting accommodation fees from December 1st. The govt is also looking to stop issuing new visas to migrants. All in all, the government is stressing that it is trying to reduce the rising social parity in the state. But, most of the migrants are seeing this as a clear call that their honeymoon period is getting over.

Wales scaling down on migrants falls in line with the rising hostility against the migrants. Make no mistake, several European governments, through their actions have expressed displeasure against Ukrainian migrants. For instance, Sweden, last month signed the Tido Agreement, which proposed drastic immigration measures and a reduction of Ukrainian refugees coming into Sweden, from 5,000 per year to just 900.

Even the UK, where millions of Britons actively joined up to offer housing under the “Homes for Ukraine” program, turned away 50,000 Ukrainian applicants. In addition, additional Ukrainian refugees are coming from Poland, Hungary, Slovakia, and Romania into the EU, and statistics reveal that one in four Ukrainians already desired to begin their lives in the EU before the war even started.

This demonstrates how Europe’s hostility toward Ukrainian refugees is growing. The continent is returning to its familiar mantra that “it can’t hold so many migrants.” First and foremost, the government ought to have taken the time to carefully watch what these migrants are doing and how they may be utilised for the benefit of the countries. But it’s already too late. Now, Europe is coming after every Ukrainian possible.