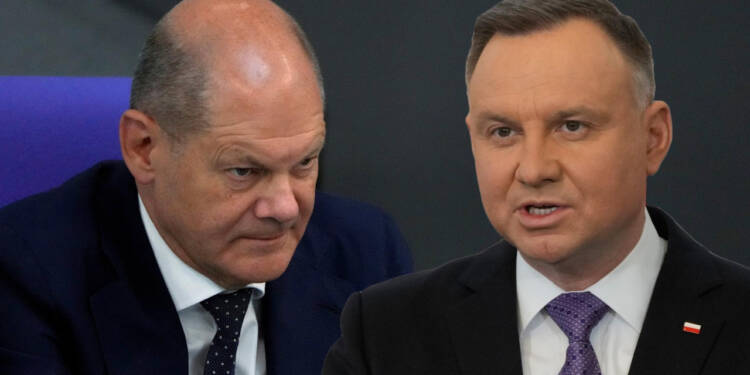 Russian Missile Attack on Poland: Ever since Russia waged war in Ukraine, everything has gone through a sea change. The Russo-Ukrainian war has altered the global dynamics for good and rebel member states are rising against the unfair hegemony of stronger states, which would probably be the end of the EU. Two such powers are Poland and Hungary who are now all set to take on the EU and side with Russia. Now, this is what irks the Union and hence the leader Germany made a plan to expose Poland to the Russian attack.

The close-knit solidarity of the EU nations is now falling to pieces and its initiation dates back to the day when Russia invaded Ukraine. The West started siding with the war-torn Ukraine and taking an anti-Russia stance, thus leading to its fall. While some of the NATO members were at sea on whether to side with Ukraine and risk their imports of energy from Russia and in turn pay the price of the war, some countries blindly toed the lines of the West in going all out against Moscow. Washington threatened the EU members to stay in the game against Russia and nations who went against the US’ mandate are now facing the brunt of it.

Hungary has refused to cooperate with the union ever since the beginning of the war. Budapest did not only abstain from criticising Russia in line with the EU’s unofficial mandate but also continued importing significant amounts of energy, citing that it would not pay the price of war. But, Poland was somehow lured by the promises made by the US and the EU at the beginning.

Poland, although did initially support the EU in its efforts against Russia, the EU’s unfair behaviour soon sidelined it from the effort.

As a consequence of its hefty support to Ukraine, Warsaw is now in the grip of a record high inflation swirling at the highest rates in a quarter of a century. Understandably, Poland’s leaders are slowly coming to a consensus with the realities of the world and are starting to take an anti-EU stance.

Poland has been increasingly distant from NATO under the latter’s discriminatory policies against it. Finding fault with Poland’s judicial reforms, the EU delayed the approval of 23 billion euros ($26bn) in EU grants and 34 billion euros ($39bn) in cheap loans that were spared to help the country recover from Covid-19’s economic impacts. 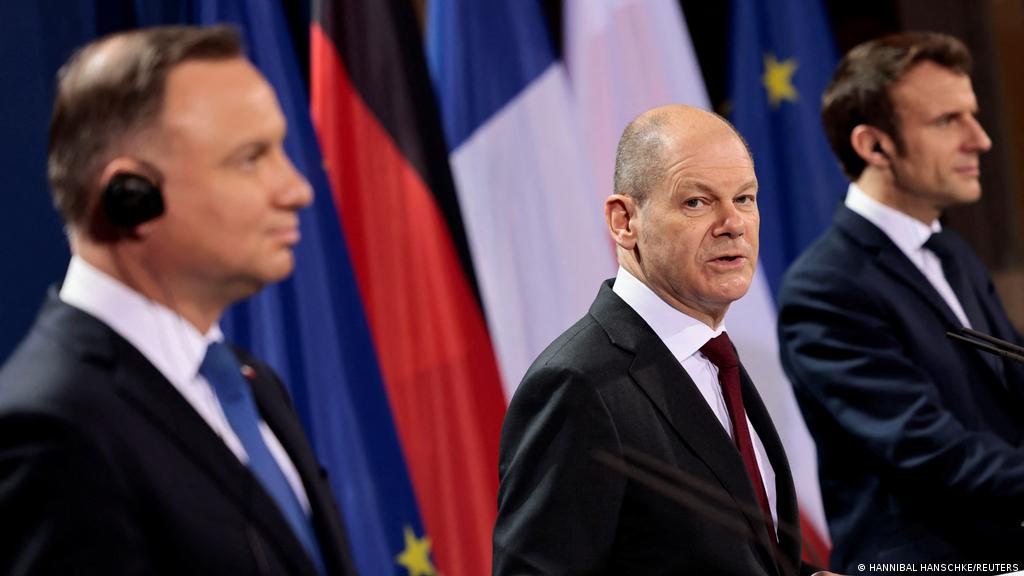 Warsaw’s breaking point came when Germany broke its promise to deliver modern Leopard tanks to Warsaw in exchange for Polish tanks sent to Ukraine. Berlin’s ignorance in the matters of securing Warsaw’s security irked the Polish leaders. And, hence Poland has been in a bid to quash the hegemony of Germany and hit the country hard whenever it can. Poland even found a new friend in Hungary and joined forces to take down the EU which can prove to be a boost for Russia. Now, this was enough to curdle the blood of the bloc. Germany has ever since been in a bid to retaliate with a show of power and now it has finally got the opportunity.

According to a report, Defense Minister Christine Lambrecht (SPD) violated a non-disclosure request from Poland. In an interview, she made the offer to station German Patriot units in Poland public, although it had been agreed otherwise.

Regarding the potential stationing of German Patriot units in Poland, Federal Defense Minister Christine Lambrecht (SPD) disregarded a non-disclosure request from Warsaw. The Polish Ministry of Defense had requested that the Federal Ministry of Defense (BMVg) keep the offer under wraps, according to information from BILD am SONNTAG. On Friday, November 18, 2022, Piotr Pacholski from the Warsaw Ministry of Defense emailed Jasper Wieck, the BMVg’s political director, to say, “Your offer will be considered very thoroughly by us.” Most likely, the initial feedback will be provided on Monday.”At the same time, we would like to ask and recommend that you refrain from disclosing information.”

Now, despite requests of keeping the offer secret, German Defence Minister Lambrecht made the offer public and why do you think she did that? Now, back to where all this started.

We are well aware of why Russia invaded Ukraine. The latter is a neighbour to Russia and Russia’s neighbour was bidding for a membership in NATO which was cited by Russia as nothing but NATO knocking at its doors. So, Russia launched a military operation to silence the efforts of Ukraine. Now, geographically Poland also shares its borders with Ukraine and is in proximity to Russia. So, will Russia digest the fact that Poland has Germany’s patriot units stationed on its soil? Certainly, not. Russian authority might view it as a threat and hence can wage an attack on Poland which is what Germany has been eyeing.

Poland has been steering clear of the diktats of the EU and hence the bloc is now digging up its grave at the hands of Russia.