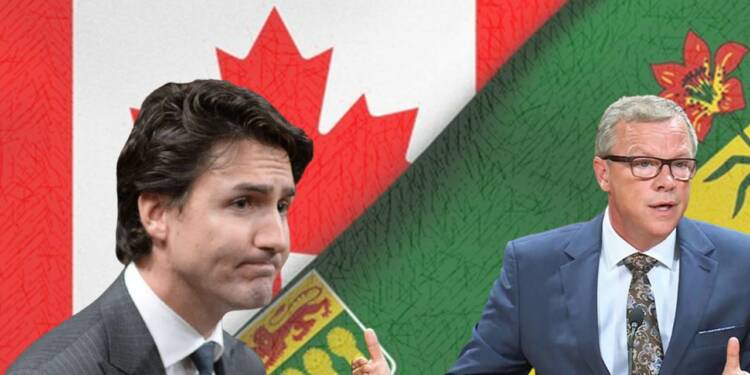 Saskatchewan First Act: Canadian provinces are now freeing themselves from the clutches of the federal liberal government’s dictatorial policies. They have long back realised that the federal government is exploiting their industries, eating jobs, and destroying their economy. But only the province of Alberta had the courage to implement the Alberta Sovereignty Act to protect the province’s interests. But as we at TFI anticipated that the move is bound to have a domino effect all across the country, now Canada is finally realising that.

Donna Harpauer, deputy premier and minister of finance for Saskatchewan, asserted that the SRA shields the state’s economy, businesses, and jobs from federal encroachment.

Read More: The arrival of Alberta Sovereignty Act will trigger a domino effect across Canada

“This Act is among the steps our government is taking to protect and defend Saskatchewan’s economic autonomy, industries, and jobs from federal intrusion and constitutional overreach,” said Harpauer.

The SRA is a new Treasury Board Crown corporation, which would be responsible for “administering taxes and related programs in Saskatchewan, including taking control of the provincial portion of the corporate income tax system run by the federal government.” “The legislation introduced today just establishes a framework in order to establish a corporation that can collect taxes as a province,” said Harpauer.

“We will now have the framework in order to establish the agency and then to work further towards collecting and administering our own corporate income tax.” Harpauer said the SRA would work similarly to how Alberta collects its corporate taxes. Well, this was already anticipated when premier Danielle Smith unveiled her landmark legislation in the Alberta legislature, giving her cabinet an increased authority to alter the law without the consent of the house.

The Alberta Sovereignty Act gives Alberta the authority to instruct provincial agencies to take action against federal laws it considers unconstitutional or harmful to Albertans. And, now Saskatchewan seems to follow suit. The province recently brought in the ‘Saskatchewan First Act’ which gives the province complete autonomy.

The prairies have long back acknowledged the negative economic impact the federal policies are having on the province. The conservative premiers want to further the interests of the people now. They want to pull off the strings from the illogical decisions Justin Trudeau imposes on the provinces that dealt a severe blow to their economy.

Evidently, the Prairie Provinces are coming up against Trudeau’s dictatorship and they want to draw lines between the federal and provincial jurisdiction. First Alberta gave a reason to Justin Trudeau to sit and weep in a corner and now Saskatchewan freeing itself from the strings of the federal policies will give him a double whammy.