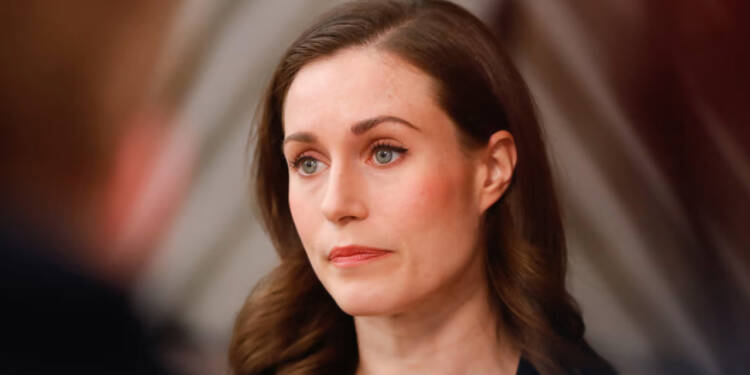 In a joint statement released a few months ago, Finnish Prime Minister Sanna Marin and President Sauli Niinistö said Finland must apply for NATO membership without delay. “The invasion of Ukraine in February prompted Finland, which shares an 830-mile border with Russia, to move away from its long history of neutrality and military nonalignment,” the PM added.

While countries were thinking about the security dynamics of Europe, Finland’s Prime Minister had insisted that her country was unlikely to join NATO even as Russian troops amassed on the Ukrainian border in February. However, just a few months later, Finland was seen hurtling to join the NATO alliance — a monumental shift for a nation with a long history of wartime neutrality and staying out of military alliances.

The country, so far, has stayed away from joining such alliances as it always wanted to maintain cordial relations with its neighbour Russia. For a long time, the idea of not joining NATO or getting too close to the West was a matter of survival for the Finns. But ever since the Finnish prime minister announced her country’s intent to join the US-led alliance, things have deteriorated for her in the domestic realm.

First of all, joining NATO has not been a simple process. Turkey has repeatedly accused Sweden and Finland of providing safe havens for Kurdish militants, particularly the banned Kurdistan Workers’ Party (PKK), and of encouraging “terrorism.” Turkey has warned that it will not ratify Sweden’s and Finland bids to join NATO until the Nordic nations begin extraditing PKK members and sharing information about them. And much to PM Marin’s dismay, her administration is now in danger of imploding, which can be partly attributed to her ill-considered illusions about allying with the military bloc.

The five-party government of social democrats, the Centre Party, the Greens, the Left Alliance, and the Swedish People’s Party was hit by the worst crisis of its tenure, now risking collapse. At the heart of the conflict is an effort to better safeguard biological diversity made with the revision of nature conservation laws. The Centre Party voted against two provisions in the environment committee of the parliament along with the opposition and demanded improved private property protection.

Do not be misled; this is not the first time that a coalition issue has been publicly disclosed. You see, the Coalition Parties had serious reservations ever since Finland declared its willingness to join NATO. The Left Alliance said that any bid to join the alliance should be preceded by a referendum supported by a majority of the people.

The Centre Party said membership in the organisation would require the support of a “significant majority.” The Social Democrat’s leader, Antti Lindtman, said any “security solutions should be anchored in the people’s broad support.”

However, the Finnish prime minister disregarded the option of a referendum on potential NATO membership, going against her own coalition partners. The coalition members understand the serious consequences of entering any military alliance, and they are endeavouring to expose the naivety of their PM.

The Russo-Ukrainian War has already demonstrated how smaller nations should maintain sound geopolitical relations in the grand game of power politics among larger countries. Smaller nations shouldn’t get involved in a conflict involving the bigger fishes, to paraphrase John Mearsheimer, a great contemporary realist thinker. Besides, the Kremlin has warned the Nordic country against joining any military bloc which threatens Russian interests.

In light of the intensifying power struggles in the region between Washington and Moscow, only time will tell how lucrative it will be for Finland to complement the US. But one thing remains undisputed, the desire to join NATO and please her American overlords might have scripted the end for Marin’s political career.