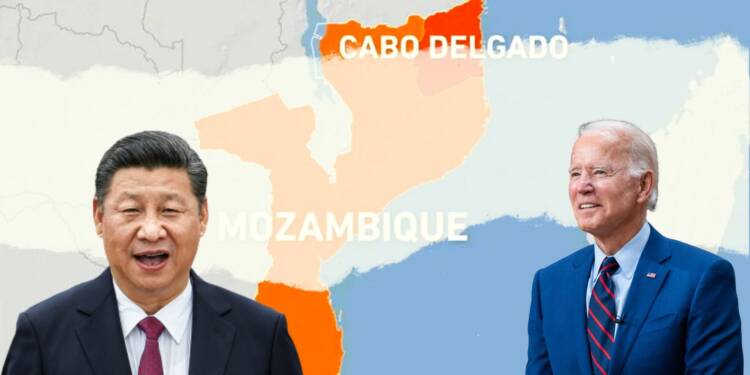 Cabo Delgado: Industrialized countries and civilizations have benefited from the free or inexpensive labour of conquered lands or the oppressed globally throughout recorded history. Western MNCs’ rapacious tactics that prevent countries from fairly sharing in the benefits of their own natural resource endowments fundamentally undermine the attempts of developing African nations to pursue liberatory economic and social development strategies. This continued colonisation and exploitation of Africa in the twenty-first century is repugnant.

The US-China Battle for Cabo Delgado’s Graphite is still going today in Mozambique, with high profits for the predatory nations but little jobs for poor Africans. To put it another way, wealthy nations like the US and China would swell their wallets at the expense of Maputo’s agony.

With Chinese money, the Australian Triton Minerals will go ahead with its Ancuabe, Cabo Delgado, graphite mine, it announced on 1 December. In September Shandong Yulong Gold committed a further investment of $3.4 million and approved the project on 22 November. Shandong Yulong appears to be part held by state and provincial companies in Shandong and part by private Chinese investors.

Graphite is essential for the anode of lithium ion batteries. The battery is charged by moving lithium ions from the cathode to the anode, where the ions are stored in spaces in the graphite structure.

Thus graphite is in increasing demand for electric cars and other non-fossil-fuel systems. Suddenly Cabo Delgado is of high interest to the US and China. The US is subsidising Syrah, further west in Balama, to open a factory in Louisiana, in the US, to manufacture the anodes.

Anodes are not complicated and could be manufactured in Mozambique. But none of these mines will produce anything more than refined graphite to ship to China, US and Europe for processing – because the government has never demanded they create manufacturing jobs.

You see, Lithium is one of the components used in electric car batteries. There has been more than eightfold surge in the price of lithium since the start of 2020, according to Financial Times. This has put the raw material at the heart of a global competition that has pitted the world’s largest carmakers against each other. This phenomenon has drawn in governments as they all race to increase and safeguard supply. Ideally, the Mozambique government should have followed the Nigerian model and should have asked the Western countries to set up the battery industry in the African country instead of exporting the raw material to these countries. Establishing the battery industry would have improved the value chain of mineral exploration in Mozambique

In a world dominated by electronic cars, the Nigerian government is conscious of the significance of lithium. Effectively allowing a foreign company to mine lithium would not yield any substantial advantages for the home country. Numerous examples demonstrate how US-based MNCs’ parasitic activities deprive developing African countries of an equitable possibility to benefit from their own natural resource wealth. This exploitation at the hands of these multinational companies has continued for a very long time.

But today, African nations like Nigeria are beginning to understand the terrible activities which these international corporations carry out on their territory. It used to be common practice to gauge how sensitive the majority of African governments were to MNC influence. However, recent examples of countries fending off the strength of Western corporations would not only stop the enslavement of Africans by these businesses but would also greatly aid in protecting the national interests of African states. It is about time, Mozambique should band up with other African nations to combat the white colonial powers of the West.